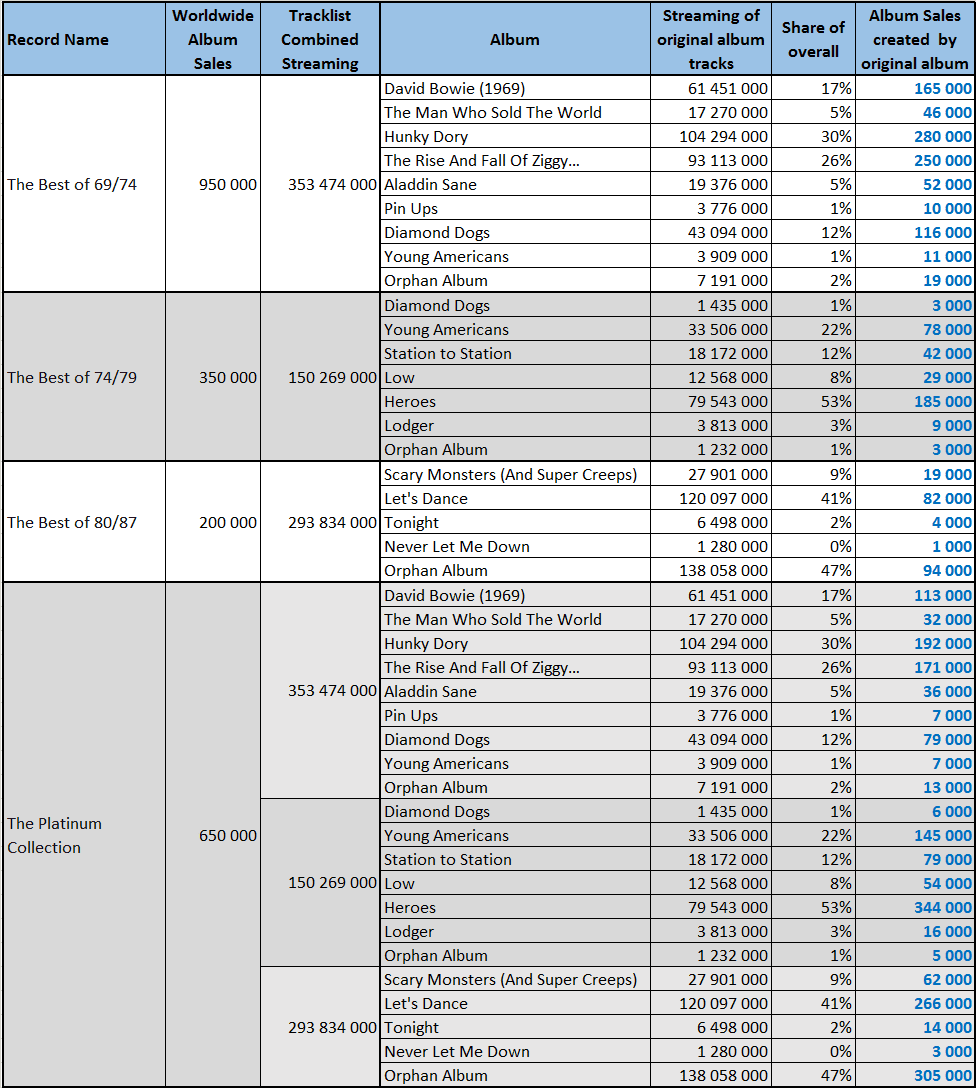 As the box contains the exact same 3 albums released individually, its sales got distributed in full to each of them, which is why sales assigned to studio albums amount to 1,8 million while the original box sold 600,000 units. Logically, now that the definitive artist best hits got defined, that distribution follows the same pattern of previously seen packages.