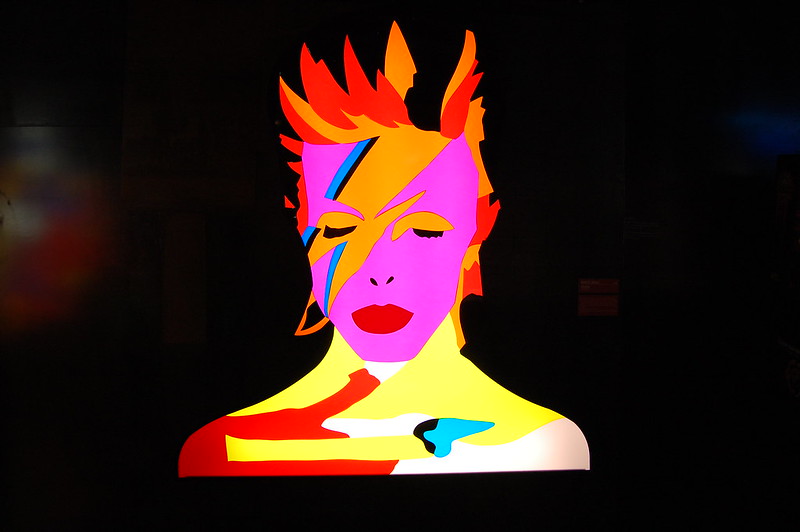 Cult songs doesn’t mean huge selling physical single. Heroes has featured the Top 100 best songs ever rankings of all relevant music magazines at the turn of the millennium. Still, when first released the single only made it to #24 in the UK while completely missing the Top 100 in the US.

The road displayed below has been difficult for David Bowie with various stand-alone singles issued from 1964 to 1968, all of them failing to chart, even in the UK. Then his 10th single came out in 1969, Space Oddity, at last starting his career as a popular singer. Incredibly enough, the artist remained a one-hit wonder until Starman shot him to fame in the summer of 1972.

Various of his pre-1973 hits have been reissue countless of times, some of them very successfully. This is how in the UK 1969 single Space Oddity peaked at #1 in 1975 after originally making it to #5. 1967 song Laughing Gnome went #6 in 1973. Rock & Roll Suicide from the already successful Ziggy Stardust album made it to #22 in 1974 after 3 subsequent David Bowie albums got released. The list goes on and on. Thus, without really crushing the Singles chart, the artist total physical singles for his material up to Aladdin Sane album stands at more than 7 million units sold.