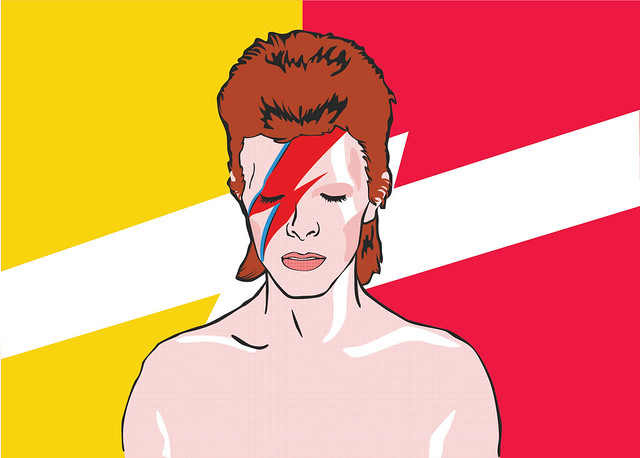 Exactly one year ago on January 10 2016, the music World lost one of the most talented and influential artist of all-time, David Bowie. The legendary singer of Heroes has been active from his young years until his very last days, dropping Blackstar, stylized ★, a mere two days before his passing.

From his very first single way back in 1964 to this last LP, the singer built an impressive catalog of 27 albums and countless of cult songs. His ever-changing style at times left out some of his public, at times attracted a complete new one, the fact that remained consistent is the artist dedication to be as innovative as possible. While following trends is the easiest way to be successful, creating them isn’t always efficient in a commercial point of view. After over half a century of active career plus one year of tribute moments, the overall success of the artist is difficult to define. Anyone would be able to tell Elvis Presley or Michael Jackson have been huge and that Leonard Cohen or Roy Orbison surely haven’t sold that much, but David Bowie status in a commercial point of view is unclear. Thanks to the Commensurate Sales to Popularity Concept, we will be able to set a viable conclusion.

As a reminder for users who are not yet familiar with the CSPC idea you do not need to worry, it is quite simple as it only consists in merging every format sales an artist has been getting and attributing them to respective studio albums. We will start by focusing on raw data, setting how much each David Bowie album sold. Then, we will check sales of each track from those albums on each format – physical, digital and streaming – and weight them to value those figures on a par with album sales. To complete the study, we will study sales of the all compilations, live albums and music videos they dropped. Once all the raw data is set, we will only need to apply appropriate weighting to get the overall picture of the legendary Ziggy Stardust author career results.