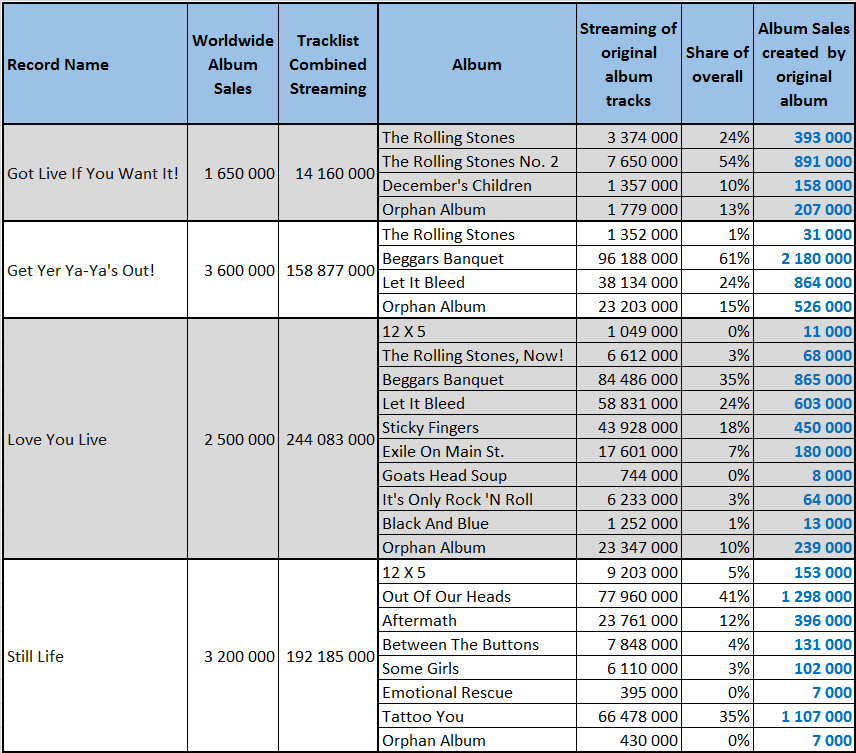 Up to now we saw that the Rolling Stones sold a huge amount of studio albums, loads of compilations, tons of physical singles and got incredible catalog sales in both digital formats downloads and streaming. As it wasn’t enough, the rock stars also happen to be massive sellers of live albums.

Issuing one every 4 or 5 years, all of them ended up being incredibly successful. Selling routinely 3 million units of each live album is already huge, but doing so when studio albums sold barely more is even more surreal.

Obviously, the same studio albums are responsible for their sales than on their compilations. The distribution is less stable though as the band left out some of their big hits on one tour or an other.