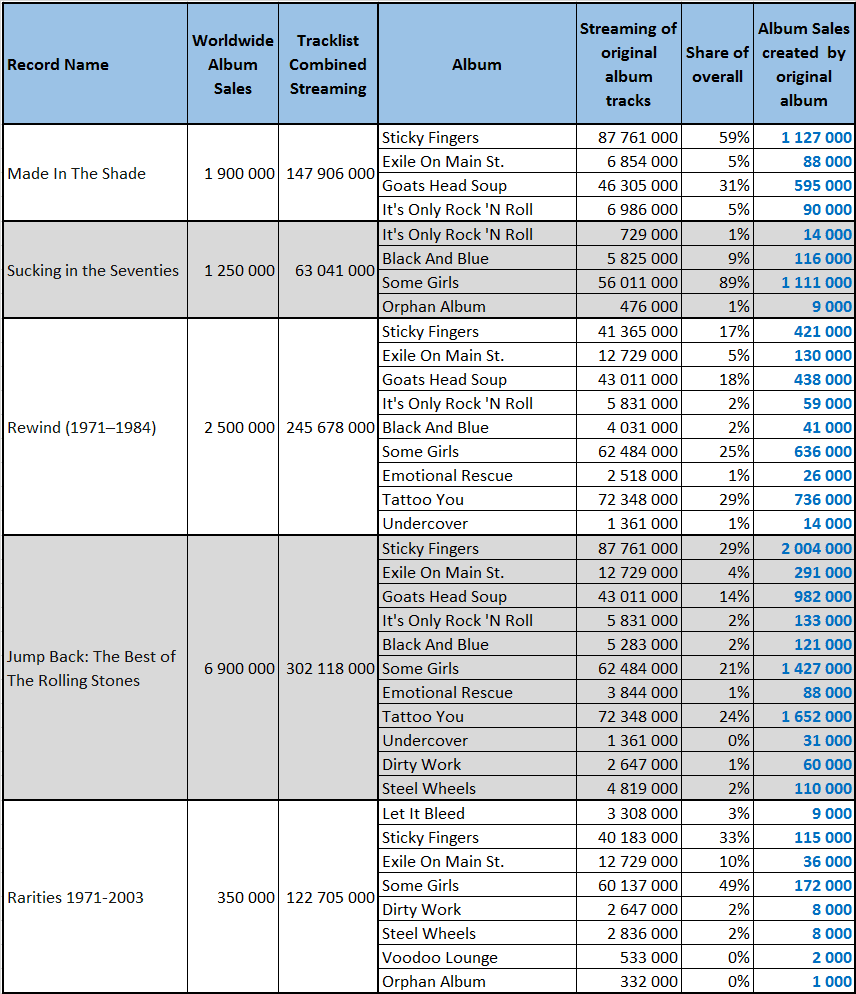 Moving into the Rolling Stones Records era, we now get compilations covering years from 1971 to the respective release date of those albums.

Sucking in the Seventies and Rarities both feature moderate hits or lost gems plus one cult song, Beast Of Burden, which gives a large chunk of their sales to Some Girls.

Remaining compilations include all the hottest songs. Just like their 60s catalog, the one from 1973 owns four albums which contain sizable hits, thus eclipsing remaining albums. Sticky Fingers has the duo Wild Horses / Brown Sugar, Goats Head Soup album owns Angie, Some Girls contains Beast Of Burden and Tattoo You is driven by Start Me Up. As those five songs combined are responsible for roughly 80% of the post-1971 era strength, the related studio albums logically get rewarded sales of those compilations.