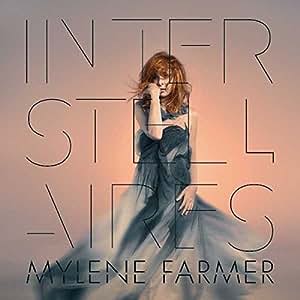 This is just how ridiculous the situation got. That is the beginning of Interstellaires lead single run, Stolen Car a duet with legendary singer Sting. To milk again and again and again her insanely dedicated fans, it wasn’t enough to release tons of live, compilation or remix albums, Polydor went on to issue every single record in 3, 4, 5 editions or more. Although physical singles weren’t even released anymore by 2015, Stolen Car was re-issued several times within’ a few months. Each time, it performed a huge climb on charts, before dropping just as impressively. As it wasn’t enough, more remixes of the song were released, charting on their own they got three more such jumps.

The run of the second single was even more absurd with a drop out of the Top 200 a mere three weeks after being #1.

The album, Interstellaires, expectedly started at #1. Just as expectedly, it went on a downward spiral right after that start. It scanned 320,000 units to date. We can note that even fans buying’s are started to lose ground even if that happens at a very slow rate. In fact, some 15 years after the last successful era, all her albums are still selling that much, which in itself is the perfect trademark of her absolutely incredible impact among her fans.