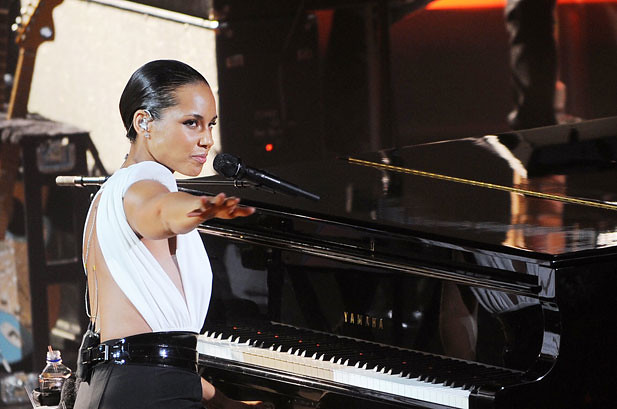 Alicia Keys released almost no material outside of her original studio albums. She mostly released live albums including the strong Unplugged album and music video.

How to understand this table? If you check for example Unplugged live album line, those figures mean it sold 2,000,000 units worldwide. The second statistics column means all versions of all songs included on this package add for 226 million streaming plays on Spotify as of November 17th 2016.

The second part at the right of the table shows how many streams are coming from each original album plus the share it represents on the overall package streams. Thus, streaming figures tell us Songs In A Minor songs are responsible for 38% of the Unplugged tracklist attractiveness, which means it generated 769,000 of its 2,000,000 album sales and so on for the other records.

Platinum Collection is a 3CD box containing the original first three albums, thus all its sales get awarded to each of those albums.