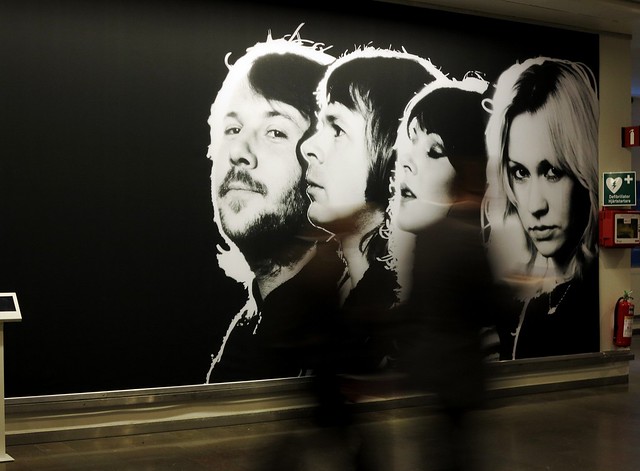 There is so many things to say about ABBA that it is hard to know where to start. Pretty much every single article about the cult Swedish band contains at least one myth about the band and its success. Even when a reunion tour is announced as it happened a few days ago, we need to get into the details before learning it refers to a virtual 3D show without the band itself.

I’ll temper all fanciful legends right from the start – no, ABBA hasn’t sold 360 million records. No, their album Arrival hasn’t sold 20 million units, nor Fernando single did 21 million. All those myths are very, very wrong. When working on their record sales, we quickly met many such claims, including from usually valid sources like Billboard. Their management team at the time was very busy promoting the group by using such claims, not hesitating in communicating huge exaggerations, misleading people with sales of illegal copies and many more marketing tricks. It surely worked well as nearly 35 years after the group disbanded the general public still views their success as bigger than it is, putting them with the likes the Beatles, Elvis Presley or Michael Jackson while they do not belong to that league.

Ironically, if people with no detailed knowledge about the music industry inflate their achievements, most chart followers deflate their success, often considering the band is only able to sell their classic 1992 compilation Gold and all the rest can be thrown away. A key element often not understood well by those specialized watchers is how much availability is an issue. They tend to believe the general public purchase voluntarily specific albums. In reality, persons from the general public don’t really care about the album, they only aim to pick one with the few tracks they are looking for.

In the case of ABBA, their label decided to go extensively by compilations, barely keeping their original studio albums available. As an example, their debut album Ring Ring was first issued in the US in 1995 only, some 22 years after its initial release. Speaking of that country, ABBA success was decent but not that big there, limiting their sales in comparison to all-time top sellers. Thus, with promotion focusing on compilations, an average global market at their time and relatively low US sales, sales of their original albums aren’t record breaking. The doesn’t mean their popularity is weak yet, it just means that popularity got translated into their compilations. It is a good day for your as our CSPC approach serves very precisely to define the real popularity of an album independently of how it got exploited initially and as a catalog item.

As a reminder for users who are not yet familiar with the Commensurate Sales to Popularity Concept you do not need to worry, it is quite simple as it only consists in merging every format sales an artist has been getting and attributing them to respective studio albums. We will start by focusing on raw data, setting how much each ABBA album sold. Then, we will check sales of each track from those albums on each format – physical, digital and streaming – and weight them to value those figures on a par with album sales. To complete the study, we will study sales of the all compilations, live albums and music videos they dropped. Once all the raw data is set, we will only need to apply appropriate weighting to get the overall picture of the pop band career results.

Did they outsell Queen in Europe?

Queen are the best selling artist of all time in continental Europe (inc. UK), followed by MJ and The Beatles.

Outstanding website. Have been looking for accurate, detailed data like this since the beginning of the internet age. I first became interested in music sales consumption from when I was a teenager back in the 1970s. Information that explains how the research is conducted and analyzed. The Administrators of Chartmasters have repeatedly explained how conditioned we all can become when we read the same information over and over again, which explains how often claims are made that this artist or that artist sold 100 million albums or even 1 billion albums. Where did said artist sell these albums? How much… Read more »

Great words Gerome. Yes, research and anaylsis, is the key to it all and not just taking things at face value.

Thank you Jerome for your nice words! We do put a lot of work into it, for many years, so it’s always rewarding to see that this work does serve the point. Many jornalists / mass media contributors do not realize how powerful their position is, and by lazyness they led many people into believing false things. The thing is, rare are the people who study something deeply outside of their work duties. That means most studies come from people with a business interest on it, so most studies, and thus most conclusions, will always come from people with a… Read more »

With a new album coming this friday, maybe then it’s time
for a Abba update ?.

I would be interested to see the sales for Abba this time next year (10/22).

But those who claim that ABBA have sold over 380 million records what sources do they have ?????
https://www.dailymail.co.uk/home/event/article-2558702/Abba-admit-wore-ridiculous-outfits-avoid-tax-40-years-Waterloo-band-reveals-story-success-words-unseen-pictures.html

These articles just quote other articles usually. I’d imagine this figure was originally inflated for marketing or taken out of context decades ago.

I have a question: What is with the album sales in Eastern Europe? They are completly missing in your list. On Wiki it says: “Due to the Cold war, Western music was actively discouraged throughout Eastern Europe at the time. Despite this, ABBA: The Album sold an unprecedented one million copies in Poland in 1977, exhausting the country’s entire allocation of foreign currency. In Russia, only 200,000 copies were permitted to be pressed” and due to wikipedia “Arrival” has been sold 800.000 times in Poland – Abba even had a TV-Show on Polish Television to promote the album. Shouldn’t you… Read more »

Hi Bajazet! You’ll also find Billboard articles from ABBA mania years quoting very different numbers for Poland, more in the 10,000-20,000 range, so we should be careful with Wikipedia claims. It’s possible to check our receipts database to see their information, including from Poland / Russia, that we have been able to confirm. When we published this article, to avoid blindly believing the numbers available on Wikipedia-like sources, but knowing they were indeed highly popular in Eastern Europe as well as in Norway and Denmark, we used larger than usual ratio for them when estimating European countries. As for the… Read more »

Thank you for your answer, you might be right (or maybe wrong) – it is not really important, I love ABBA’s music, so “Don’t shut me down” 😉

Can you guys add their compilation sales? And maybe their sales by country too?

Sorry to be annoying but don’t you think that figures for ABBA’s first four albums + The Best of Abba reported by Rca Australia in Billboard in 1977 also include New Zealand sales? Wondering what you think of it?

What are your sales estimates for The Best of ABBA in Australia?

Hi MJD! You obviously did an awesome job with ABBA, as usual, you never disappoint! Just one thing though! For Arrival’s total in Japan, you mention “N/A”. While I realize that means you don’t have enough information to set a precise figure, wasn’t it a (late) huge seller in 1979, after some sort of Abbamania kicked out there following their promotional trip there in November 1978? I think I remember reading rather precise figures many times – including some posted by yourself – on other websites (Charts In France, UKmix or the defunct ABBA World Wide Chart Lists), in the… Read more »

This website uses cookies to improve your experience while you navigate through the website. Out of these cookies, the cookies that are categorized as necessary are stored on your browser as they are as essential for the working of basic functionalities of the website. We also use third-party cookies that help us analyze and understand how you use this website. These cookies will be stored in your browser only with your consent. You also have the option to opt-out of these cookies. But opting out of some of these cookies may have an effect on your browsing experience.
Necessary Always Enabled
Necessary cookies are absolutely essential for the website to function properly. This category only includes cookies that ensures basic functionalities and security features of the website. These cookies do not store any personal information.
SAVE & ACCEPT
wpDiscuz
53
0
Would love your thoughts, please comment.x
()
x
| Reply