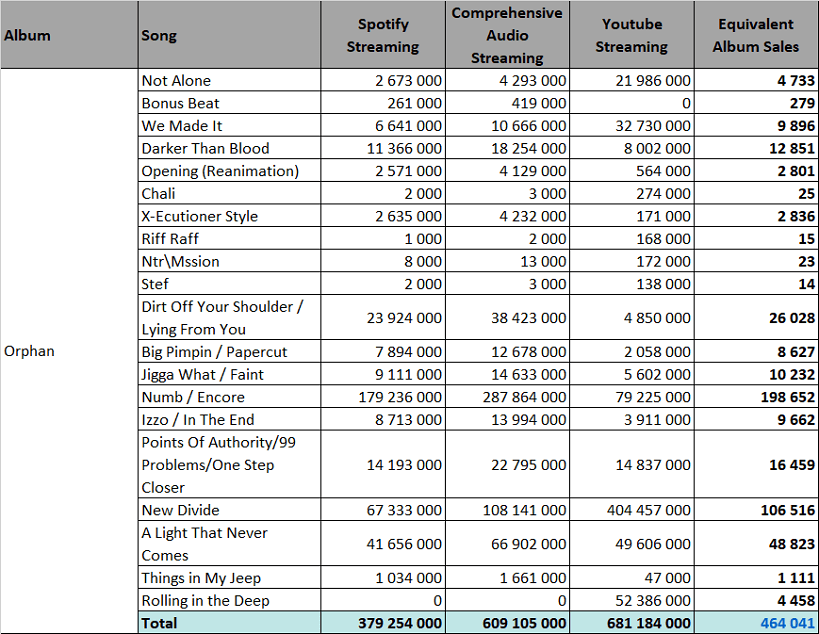 The highlight of this list is obviously Numb / Encore. If we add it to the original song Numb, the 380 million total on Spotify would make it the biggest catalog hit of the platform ahead of Lose Yourself by Eminem.

New Divide was big upon release, as shown by its YouTube views which stand at over 400 million. With that said, it isn’t holding as well on Spotify. Although its 67 million streams remains a notable figure.