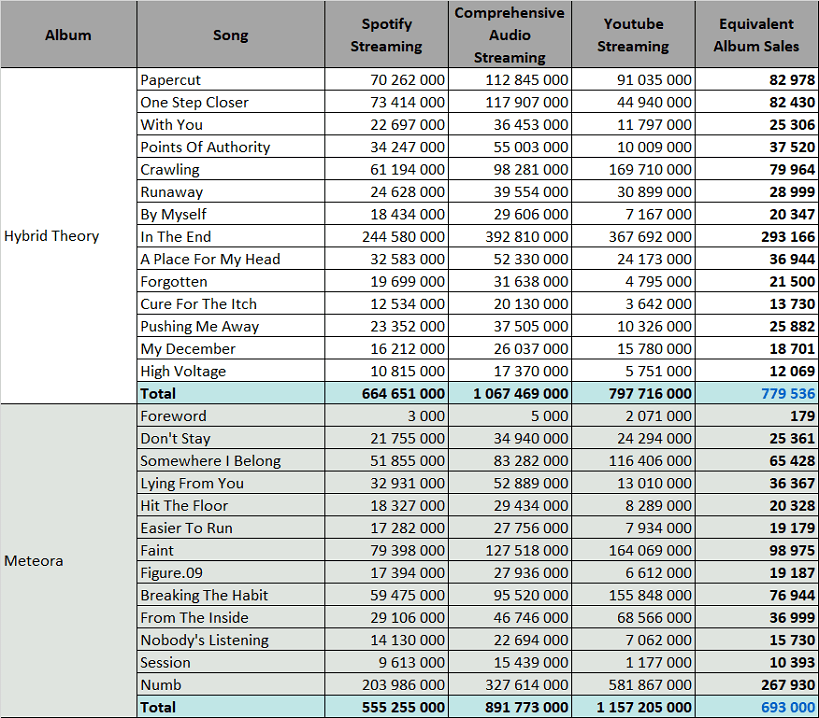 In a Coldplay-like way, both Hybrid Theory and Meteora have magnificent streams. Each of them contain one blockbuster smash at more than 200 million Spotify streams, In The End and Numb. Please notice this latter song doesn’t include the Numb / Encore mash-up, which makes this tally simply unbelieveable.

All album tracks from both albums are impressively strong too, creating equivalent album sales of 780,000 and 693,000 units respectively.