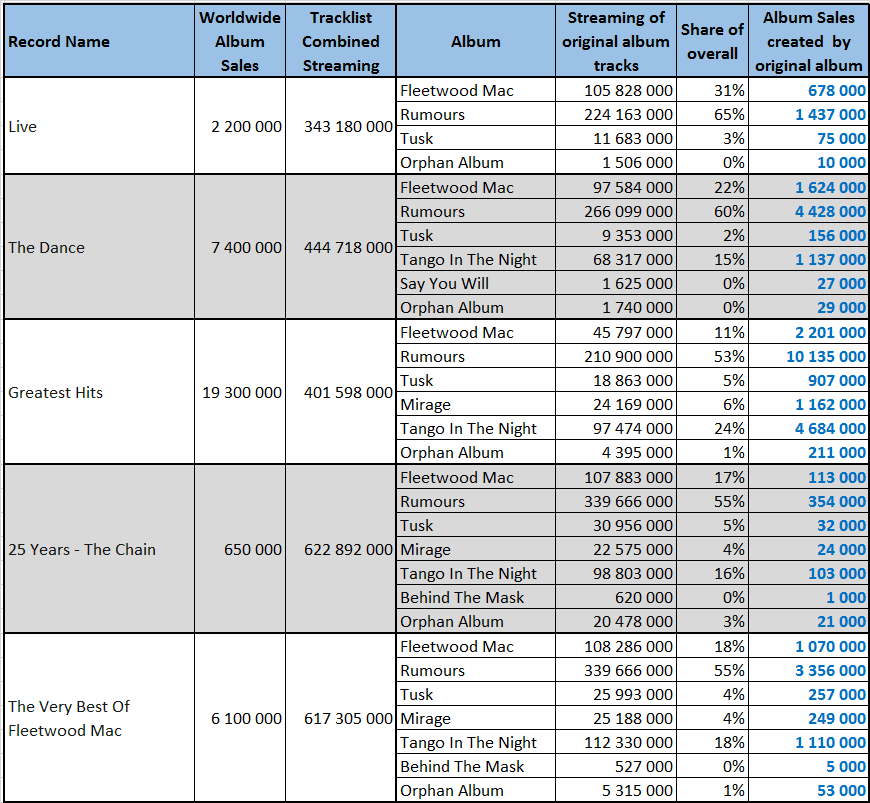 At 35,65 million copies sold, those records have been incredibly successful since they first came out, accumulating notable catalog sales year after year. What’s impressive is that major selling compilation albums usually include a set of songs covering various relevant studio albums. In the case of Fleetwood Mac, the album Rumours has a mind-blowing domination over their catalog.

This album alone has been able to sell unreal amounts of copies by itself while generating millions and millions of compilation and live album sales at the same time. This situation is almost unique, only achieved by Thriller album by Michael Jackson at this magnitude of sales.

All in all, Rumours owns a record breaking 19,71 million of the 35,65 million sales registered by those five packages. Have I told you this album is massive?