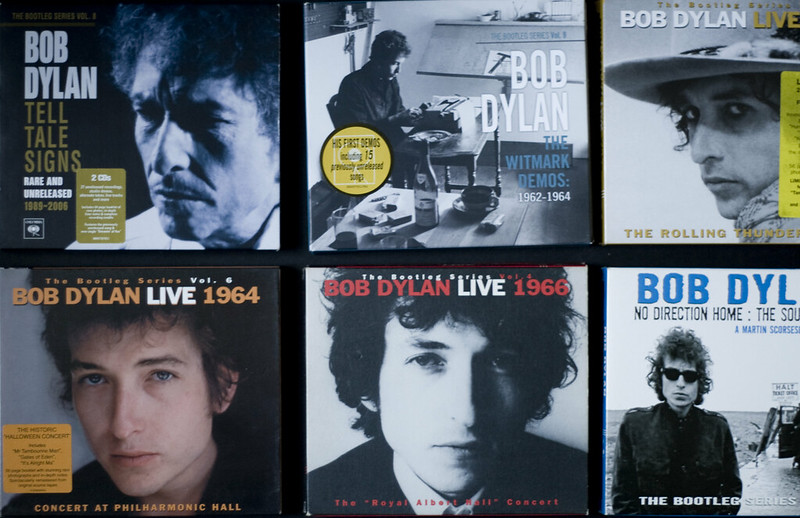 Way back in 1985, Biograph was released. A 5LP / 3CD package, it is widely considered as the very first box set ever released. A tremendous success giving its price and the absence of promotion – more than 1 million units sold to date – the album was followed by a whole bunch of Bootleg Series albums, a serie that itself became cult as years passed.

Some relate to outtakes, others to demos, others to live albums. Those large sets cumulate more than 6 million copies sold to date counting every package as one – e.g. way more discs have been sold. Giving the atypical track list of all those sets, it is hard to take out a pattern among studio albums responsible for their sales. Highway 61 Revisited does end as the largest contributor to the attractiveness of 5 out of 12 of those records yet.