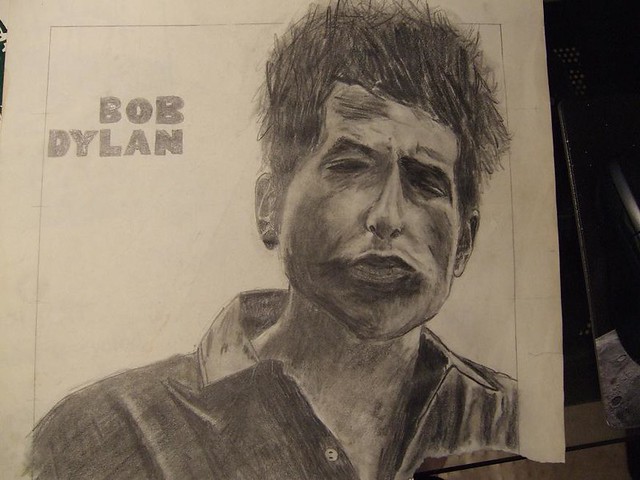 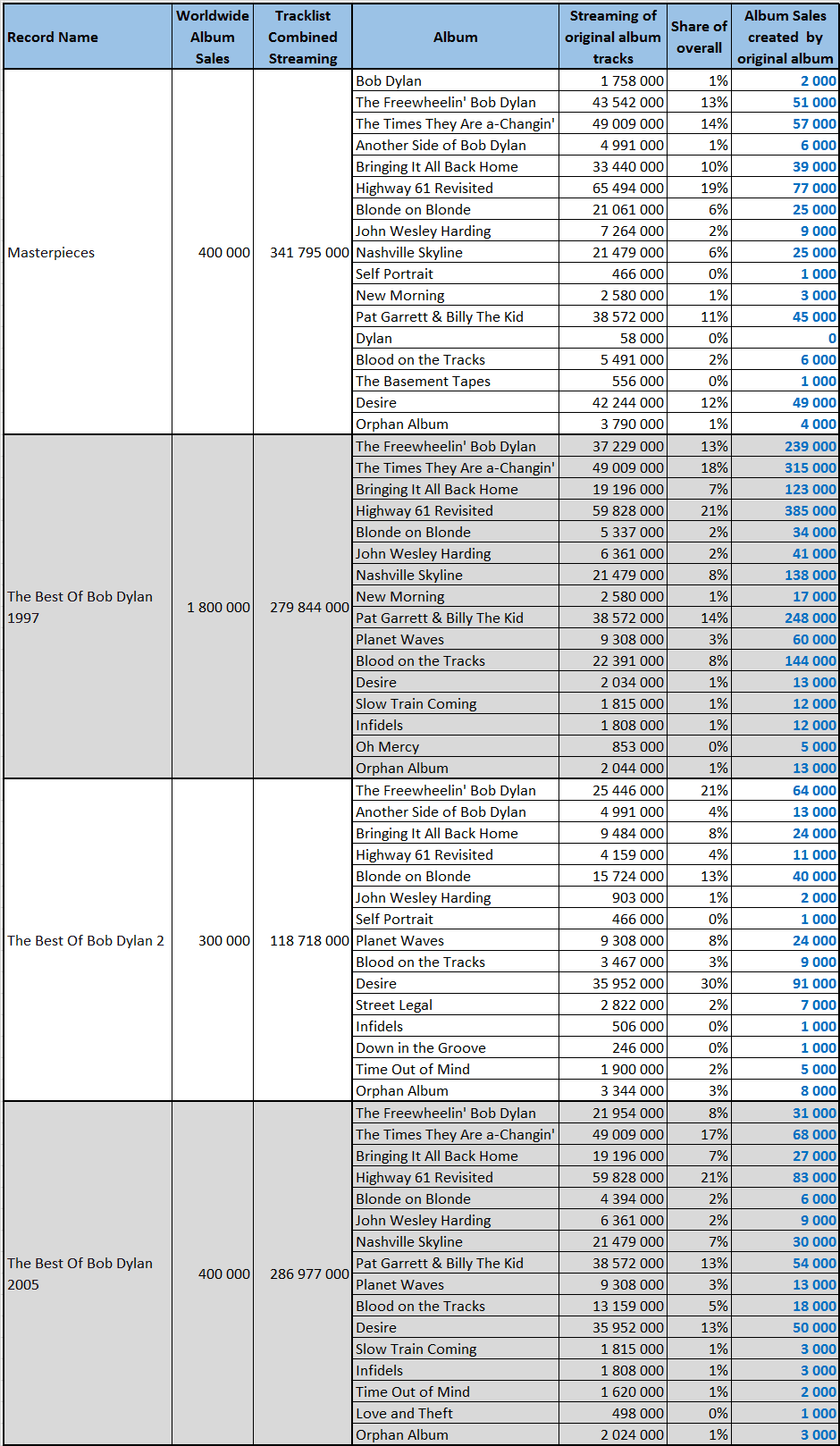 Masterpieces was a hugely successful package released in Oceania and in Japan. The Best Of first couple of albums were mostly European sellers, while the latter one from 2005 was issued in North America only.

Those limited releases explain the relatively low sales numbers, even more considering they all were second to Greatest Hits sets.

Just like with larger compilations, those records display a fact quite unique for Bob Dylan with his top 2 sellers in original format, Blood On The Tracks and Desire, not contributing that much to later sales of compilations. In the other side, his 60s body of work appear to be the main traction of his catalog.