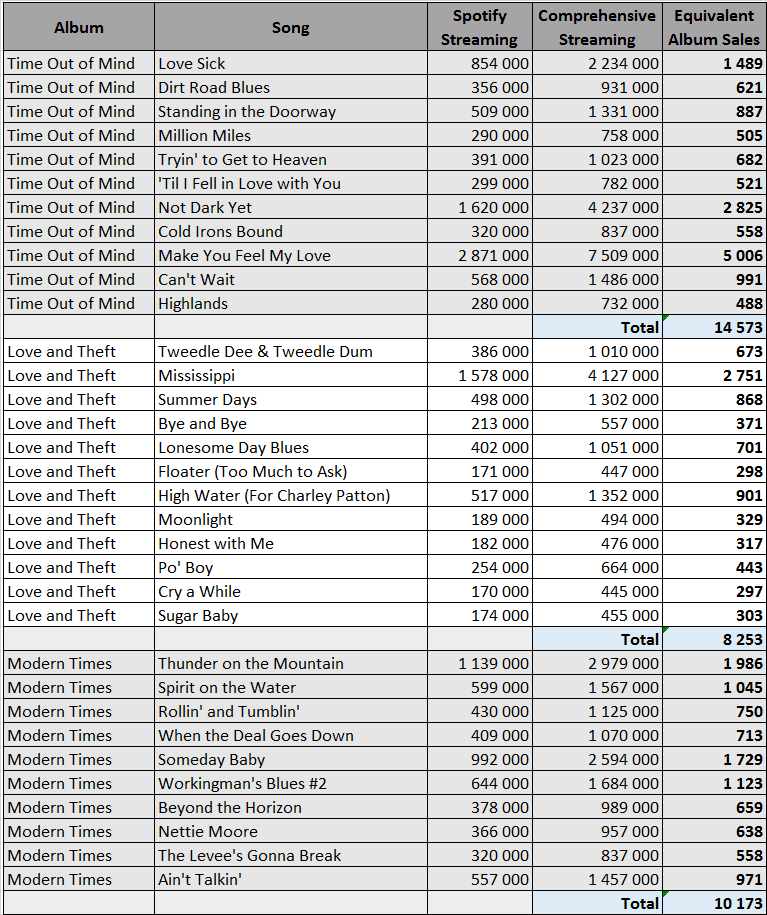 After being for so long in the wilderness, Bob Dylan made an unexpected return to the top of charts with 1997 Grammy Album of the Year Time Out Of Mind.

While the album indeed moved as many units as its three immediate predecessors combined, it appears not that much is left nowadays from that era. The biggest song from the album is the streaming era is Make You Feel My Love, arguably thanks to Adele popular cover of the track.

Similarly, both Love And Theft and Modern Times moved around 2 million units a piece being widely tagged as immensely successful, but both struggle to generate that much interest now that all the fuzz is over. With the songwriter being already 65 by the release of the last album, we still need to value those figures.