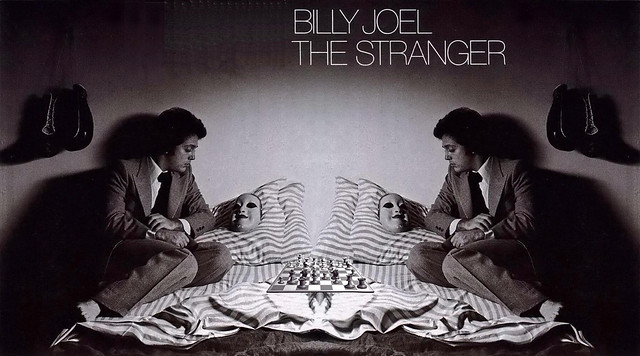 A lot of things can be said about Billy Joel to start our new CSPC analysis. We can start by saying that his last proper studio album, not counting his side project Fantasies & Delusions in 2001, was released in 1993. Almost 23 years ago! And yet he has been able to maintain a gigantic status in the business thanks to his credibility as a live artist and, of course, the massive appeal of his most famous output.

He isn’t regarded as an album act in the dimension some acts are, especially groups like Led Zeppelin or Pink Floyd, but definitely not a singles act either like, for instance, Abba. He is a mixture of both, which means that he generated large sales through both avenues. A CSPC approach for someone like him isn’t just interesting, in his case it is almost an imperative in order to truly understand his level of popularity and how big some of his studio albums have been all these years after he started.

His popularity grew little by little since his first album back in 1971, accumulating a great success across most of his subsequent titles, with some high points during the late 70s and the 80s. We will see the extent of that success and I can guarantee you the average equivalent sales per album will positively surprise some of you.

As a reminder for users who are not yet familiar with the CSPC idea you do not need to worry, it is quite simple as it only consists in merging every format sales an artist has been getting and attributing them to respective studio albums. We will start by focusing on raw data, setting how much each Billy Joel album sold. Then, we will check sales of each track from those albums on each format – physical, digital and streaming – and weight them to value those figures on a par with album sales. To complete the study, we will study sales of the all compilations, live albums and music videos they dropped. Once all the raw data is set, we will only need to apply appropriate weighting to get the overall picture of this classic act career results.

Billy Joel is kinda underappreciated nowadays, sadly…but I’ll be rocking his stuff until the day I die!

Mika, I know Spotify is only a little part of the overall sales, of catalogue artists like Joel but nowadays, it is the best indicator of an artists ongoing (or not) popularity. His Soundscan sales maybe modest, but I am not looking at the past 28 years, I am looking at now, today. Maybe Dylan etc do release many monster box sets, but these do not appeal to anyone that is not a hardcore fan. Your average member of the public has little to no interest in a Basement Tapes style 14 CD box set. Well, if Joel is average… Read more »

Hi Raffi! Sadly for such old albums and with someone like Billy Joel, who is covered nowhere near the likes Michael Jackson or Madonna, there is too little information to answer accurately your questions, we can only work out with proportions with markets. What I can confirm is that he was indeed widely popular all over Asia. Most of his albums went Platinum in Hong Kong while he was also as mentioned the first international artist ever to see his albums officially issued in China. I have read various articles from Southeast Asian coverage referring to him as a huge… Read more »

Hi MJD and Hernán! I would like to ask you about Billy Joel’s sales. According to your album breakdowns, Billy Joel sold an impressive number of albums in Japan. Also, when i deduct the worldwide total of his albums from his heydays to the countries listed, there is a remaining 1-2m+ in sales, and I’m guessing a majority of those sales come from South East Asia. What I’m asking is that could you provide a breakdown per album for his albums in Asia here in the comments section like you did with Britney Spears. Could you also tell me which… Read more »

These reports look really cool- but is there any way to view them on one page, rather than having to click thirty smaller pages?
Thanks either way!

Very interesting. I would like to ask if you have more details concerning his sales in Japan?
Where does the figures of his first lp come from?
How do you estimate the sales of his LPs?

I noticed that some of his back catalogue albums were certified without charting like “52 nd street” or “the stranger” and even the “Honesty” single re-issue from 1990.

Any explanation why he is so popular in Japan?

congratulations again for the website and also for CSPC analysis of Billy Joel, I know that I will also be analyzed the new Nobel Prize for Literature (Bob Dylan), I am very happy, but I’m very curious to see also analyzed groups like The Beatles, The Rolling Stones, Queen, Pink Floyd, Eagles, Abba, Bee Gees, Aerosmith, AC / DC, Bon Jovi. I hope these groups will be analyzed very early because I would like to note the various differences for CSPC analysis and see who has sold more records !!!!

Thanks both for your fixes!

Raffi, you should get some work in data mining area, your ability to find out such specific errors impresses me 😉

Hi Hernán! I have to say you did an amazing job on this article! Billy Joel’s sales are more impressive than i expected! However, I want to point out some certain mistake(s) you made. On page 8, for your estimation on Glass Houses, you have the US sales at 760,000, but the worldwide sales at 11,000,000? I’m guessing there’s a zero missing on that US figure. Otherwise, the remaining millions must come from Asia and Africa, which i find doubtful. Also, on page 15, the The Stranger album’s singles sold 5,55m, a 1,665m album equivalent than 1,65m Anyway, keep up… Read more »

Great article, as usual. Just to let you know, there’s a typo on the Glass Houses page in regards to the US figure, it’s listed as 760,000.