In more than two decades as an active act, Enrique Iglesias has been no stranger to other type of releases which includes a bunch of other full length records in multiple formats. He hasn’t exactly flooded the market with many compilations, but he did put out a few, although he never issued a standalone music video so far. 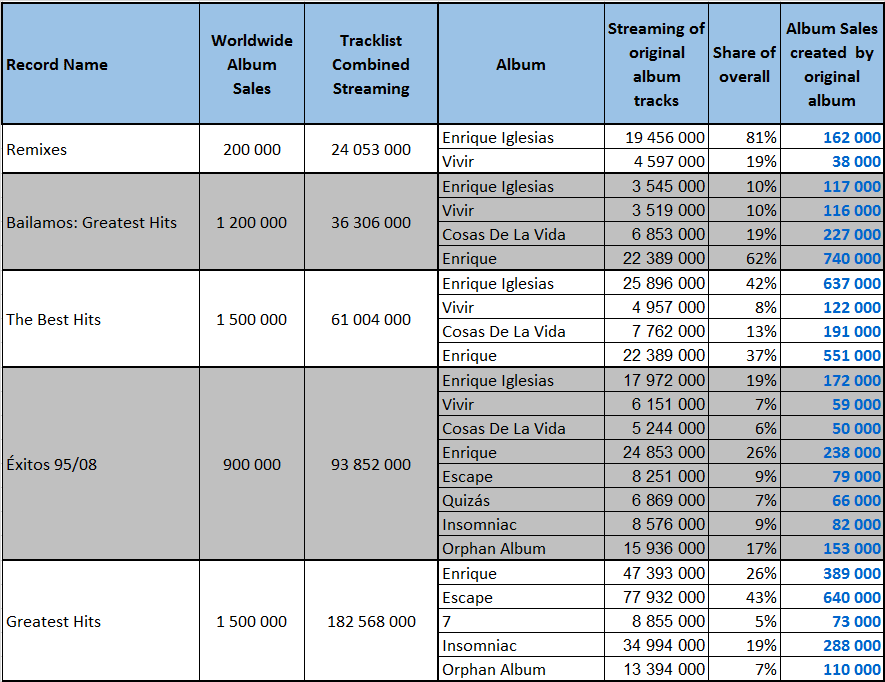 Overall, five full length records, which managed 5,3 million sold combined. Two albums, the singer debut effort Enrique Iglesias and his biggest one Escape, are two strong contributors to the main titles thanks to the solid tracks listed on them. The fourth album, Enrique, is the biggest one, heavily helped by Bailamos which features on both Spanish and English compilations.

Most post Escape albums -that is from 2002 onwards-, in contrast, don’t increase much their respective tallies. In the case of Quizás and 7, this is due to their lack of a true huge hit, while both Euphoria and Sex And Love are too recent to have their songs included into compilation albums.