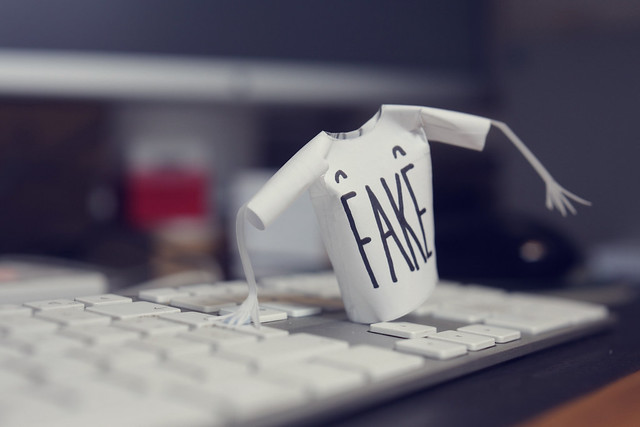 When someone from the general public gets into a website regarding music charts and sales, the first thing that will strike them is how wrong every claim they’ve been reading in mainstream news is. As the general description of my blog is One step closer to being accurate, I feel the need to turn down some tenacious fanciful sales claims, which is why I’m introducing this new master series, Destroying Myths.

More often than not fake claims are attributed to major labels, which believe it or not, rarely make totally fake comments. Instead, their marketing teams naturally publish news aiming to promote their artists and, while doing so often describe the reality in a very favorable way, ideally creating confusion among uneducated readers. A song that reached #1 on a very minor Billboard chart will suddenly become a “US #1 hit”, “10 million records” in a label publication will become “10 million albums” in most press and so on. If you add to that shipment against retail sales confusion as well as strict figures against track / album equivalents, the result is a huge mess.

Still, every time a label makes an official statement about record sales, it will have to pay the related artist royalties accordingly. Thus, unlike what most people will tend to believe, they truly do not want to inflate sales figures. This is why they will try to create confusion but never drop numbers out of nowhere. The fake claim will instead come from someone who’s legally responsible for label rights, such as the artist themselves or their management team. This being said, the biggest source of fake claims is still the poor interpretation by Media and readers that go on publishing bad quality second hand news.

There are many, many fake claims that came out over the years. Today I’ll be focusing on one of the most fiercely defended by die hard fans, the fake 10 million selling albums. An extensive list of major artists to have 7-9 million selling albums that are constantly reported as a 10-million album. In fact, it sounds so much better! Wishful thinking is often the enemy of fans and the reality much more unpleasant. At least as I’ll be posting a whole bunch of inflated albums, I hope you won’t believe I’m hating 🙂

Hello MJD!
Can you post the detail per country for all these albums? I think it could help some fans to understand that what they believe for their favourite star is wrong.

To be fully honest I prefer saving them for CSPC analysis and it makes them so much more interesting. Also, I think it would put the focus on some tiny details and miss the real point that was to take care about claims made here and there!

Hello MJD, you did a really good job with post! However Im not sure about something, you said that Mediatraffic inflated Britney’s first two albums on their all time list, I dont really know about that however I think the difference in numbers is because you estimated the Brazilian sales for Baby One More Time and Oops i Did It Again to be only 200k, when they sold more than 1 million and 850k respectively according to her label Jive Records (from Billboard Magazine, 2001) Here’s the link: https://books.google.com/books?id=4BMEAAAAMBAJ&pg=PA36&dq=billboard+baby+one+more+time+sold&hl=en&sa=X&redir_esc=y#v=onepage&q=billboard%20baby%20one%20more%20time%20sold&f=false It may not seem like much, but thats additional 800k sales… Read more »

Hello Joao, I have read this article more than once but it is obviously some kind of typo, it states itself that both albums were awarded with a Gold certification. Had they sold that much, they would have been 4xPlatinum and 3xPlatinum respectively. I have check a lot Brazilian market in latter years and there is no doubt those albums failed to hit Platinum. As for Mediatraffic, you are strongly overrating him if you think he has work breaking down markets for all historical albums. He did only a copy/paste of my 2010 list, inflating Britney by over 2 million… Read more »

Hi Joao, There is several crucial mistakes in your message. 1) ABPD not comprehensive. None such organization is as it requires majors input. Still, there is a massive difference between “no certification” and “under certification”. Except on very, very rare examples the latter case do not exist. All examples you point out are a standard case of unrequested certification. For all Britney first 5 albums her label requested an audit to ABPD, and none of them was up to Platinum level. It doesn’t mean they haven’t reach it later, nor it means they stopped “just” at 100,000 units or whatever… Read more »

Some of these claims are ridiculous indeed! Seeing albums at 9.5-ish million being passed as 10 million sellers is one thing, but seeing albums like Parallel Lines (8.7 million) being claimed at 20 million (not even 10 million) is just insane! I have a question for you. Do you know if the following albums (claimed as 10 million sellers, either by stans or press) have crossed the 10 million mark? If not, what are the real sales? Christina Aguilera – Stripped Britney Spears – Britney Britney Spears – Greatest Hits: My Prerogative Mariah Carey – Butterfly Thanks for another great… Read more »

7 million for Greatest Hits: My Prerogative by Britney fans is inflated and no amount of fake overshipped certifications in Asian markets or non-existent, made up claimed sales will change that.

but
Reply to  Sledgehammer

MJD estimated the sales of “My Prerogative” at 6.8M which is basically 7M.
Looks like you were wrong! 🙁

first off certifications are based on shipments not actual sales the diamond award is for 10 million shipments in the US alone so Mariah has 2 Music Box and Daydream her sales were huge in Japan Butterfly sold 1.000.000 but her biggest sales in Japan was #1’s which sold 3.5 million

I know certifications were based on shipments. I was just pointing out that since Butterfly sold so low on Soundscan, and that it sold less than 300,000 in BMG clubs, perhaps its absolute maximum shipments can’t be that much over 5m copies. By the way, Butterfly sold 1,1m according to Oricon, but was certified 8XP for 1,6m. #1’s sold over 2,8m on Oricon, but was certified 18XP for 3,6m. However, the album was reported to have shipped 3,6m in early 1999. Although catalog sales are weak in Japan, i don’t expect the album to have shipped close to nothing just… Read more »

Wow! Mariah Carey is really unlucky, having so many albums close to the 10m mark. Anyway, thanks MJD for clearing up these myths.

Regarding Mariah, can you tell me whether Butterfly has passed the 10m mark as well? Wikipedia states it at 15m (obviously inflated), but has it really shipped 10m copies? The album barely sold 4m on Soundscan yet was certified 5XP in the US. Also, the album sold slightly over 1m copies in Europe. Where did the remaining 4m copies come from? Was it really THAT big in Asia?

Hello Raffi! Thanks to mention Mariah as when checking my detailed Excel sheet for her I realized I never uploaded the last version from 2012 of her sales. Figures on my Fan Of Music DB for her remain those of 2007. In-between, various additional information came out that enabled me to adjust all results. The main differences of the 2012 version: Mariah Carey from 14,1 to 13,5 million Emotions from 9,3 to 8,2 million Daydream from 21,9 to 20,7 million #1’s from 15,8 to 16,2 million Rainbow from 9,0 to 8,0 million Greatest Hits from 3,2 to 4,2 million What’s… Read more »

Thanks MJD for clarifying. Although, i think you made a typo. It’s Butterfly that you were talking about, not Rainbow I assume?

Great work, again, you should wrote the story of “sales inflation” by artists. It’s really something that went crazy after the success of Thriller when suddenly a gold or platinum LP seemed to small and even insulting. I have one objection concerning Barbra. First I didn’t know A star is Born Soundtrack was rumored selling over 10 millions. For a long time it was a 4xPlatinum LP in the US. two things is to take into consideration. This LP is the first worldwide success for Barbra Streisand and in 1992 when she had all her certifications published it went like… Read more »

Hi Grendizer! Thanks for the good words 🙂

Definitely A Star Is Born was proportionally to the market of its time a massive success and also quite a decent catalog seller in its category. I do mention in Blondie page this Barbra Streisand album is the #2 best selling solo female studio album of the 70s, only topped by Carole King album Tapestry and fighting with Janis Joplin set Pearl for runner up spot. This is definitely a real big achievement.

Don’t you think her “greatest hits2” out sold “A Star is Born”?
I also didn’t know Blondie was that big…

I speak about studio albums only as for such old releases compilation have a too big advantage and it doesn’t reflect at all the popularity of the release at the time. Plus, as the article is about sales myths, I voluntarily focused on studio albums as there is little marketing on hits package, except a few exceptions (ABBA Gold, Madonna The Immaculate Collection, Bob Marley Legend etc.) they are not seen as proper brands and as such are the subject of much less fanciful claims!

Ok … Is it over or are there more to come ? On wiki, Oxygen and Equinoxe by J M Jarre are well over 10 millions.

By the way, there is at least one illustration concerning a singer suing her label and manager for unpaid records royalties resulting from inflated sales. In France, in the nineties, Sheila turned to the tribunal to get paid for her 70 millions records sales. That figure was given by her label since 1980 … They went to court for that and her label, had to prove she sold about 20 millions.

I can definitely do a second bunch of such albums. I’ll try to find out at least 10 to make the article worth it!

ok sis let’s talk about sales that are too low. all of katy’s albums!!!!! she’s easily sold over 30 million albums WW

taylor swift should definitely be on the list tbh!!! her sales seem very fake.

You seem pressed Katy Perry fan. If her sales are fake then explain her streams and touring ticket sales????

lol expose ha! katy perry definitely has the most REAL 10+ million sellers. Roar, Dark Horse, I Kissed A Girl, Firework and California Gurls. What an icon and LEGEND. Poor ATRL gays (especially the monsters and swifties)

It seems crazy when some figures are criminally inflated but not so much when, according to your estimation, is around 9.4/9.5 million. A 10 million claim sounds not so out of question.

Indeed from 9,4 million to 10 million there isn’t that much difference in absolute terms. In relative terms yet, a 7% inflation applied on a catalog worth 150-200 million sales as it is the case with the likes Mariah Carey, Celine Dion and Madonna represents a 10 to 15 million sales exaggeration! This is why we must be careful with favorable rounding and such. In addition, those claims often came out when respective albums were still on 8 million or something, which once again in terms of % brings a huge difference.