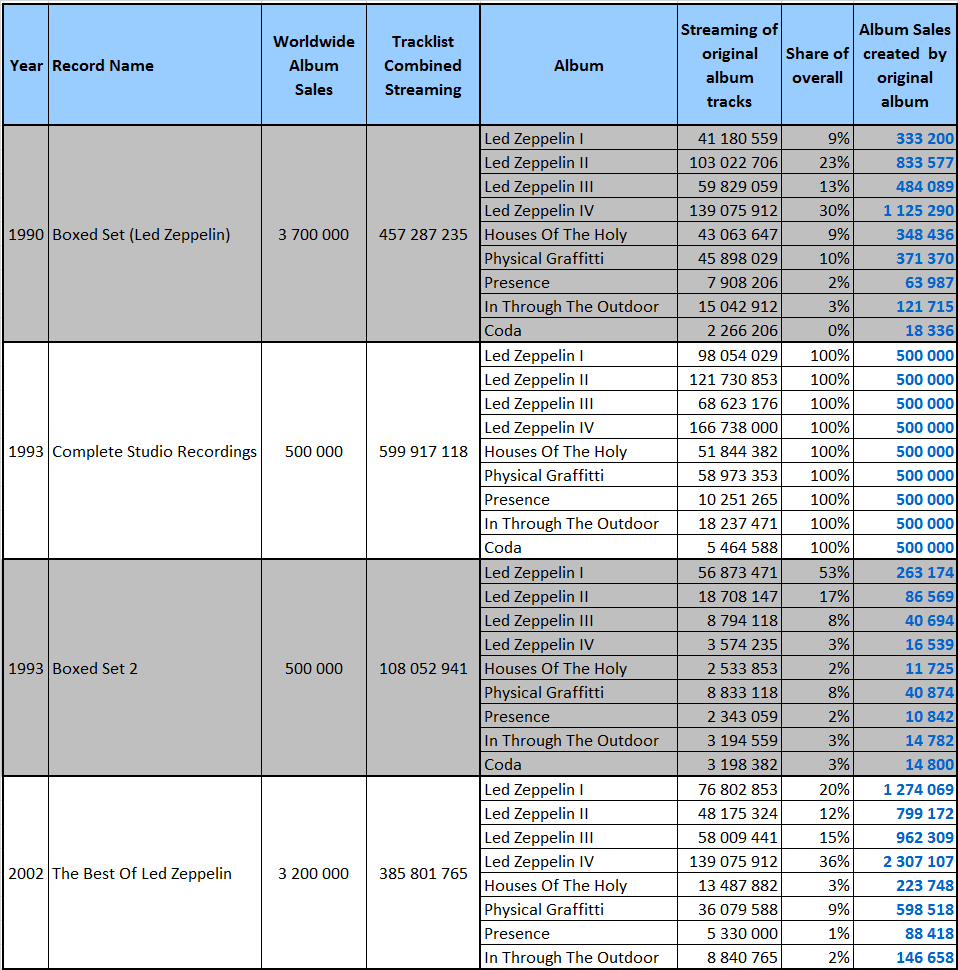 Here we have The Best Of Led Zeppelin, which was nothing but Early Days and Later Days merged into a double box set that sold more 3 million copies and somehow prevented Latter Days from reaching better figures. Thus, it’s sales are doubled into each individual album as this was a 2CD package rather than a stand-alone compilation. The 500,000 units selling The Complete Studio Recordings appears amongst the very best selling title in its league. As it contained the full original studio albums, all its sales are awarded to each of those albums. Boxed Set and Boxed Set 2 add an extra 4,2 million combined.