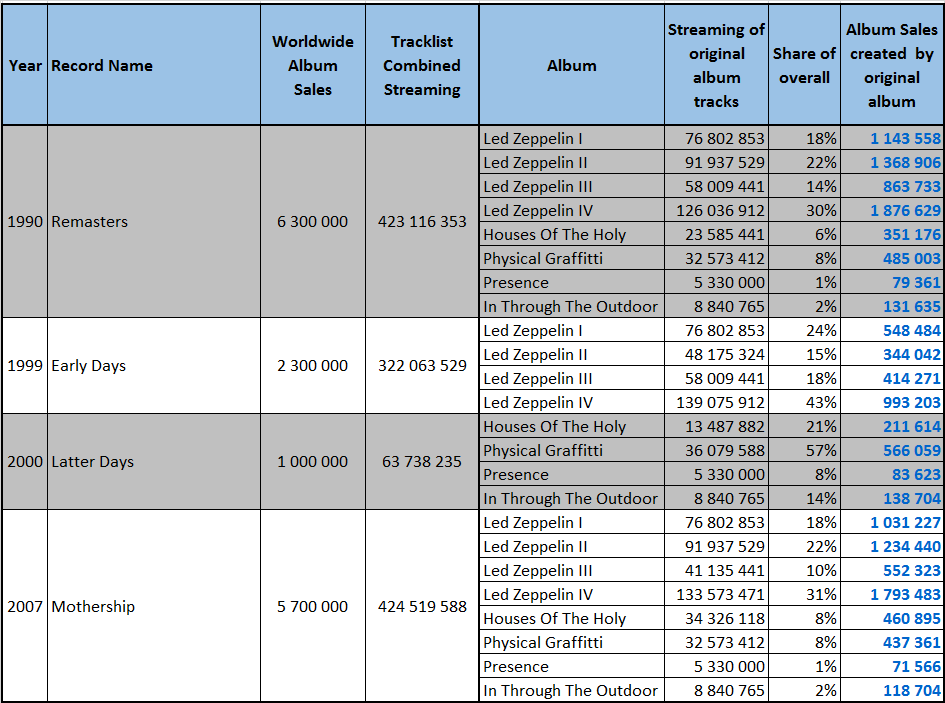 Ever since Remasters (released in 1990), compilations have been almost the norm for Led Zeppelin, after more than two decades of being heavily reluctant to them. This compilation came out in that year only to be replaced by Early Days/Latter Days in 1997 and 1999 respectively, and eventually 2007 set Mothership which has now become their definitive collection of songs. Those packages sold a combined a 15 million worldwide, kind of diminishing their studio albums’ back catalogue sales during the same time frame.

Led Zeppelin IV is the main generator of sales for both Mothership and Remasters as well as for Early Days, whilst the first three albums are ranked just behind. Their last four studio albums from Houses Of The Holy to In Through The Out Door haven’t created as much value as they added very little to their still-to-come final CSPC’s numbers.