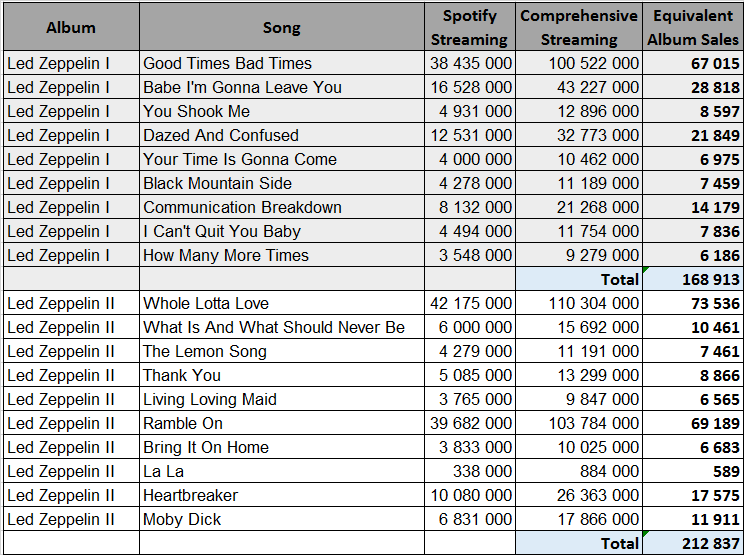 Each Good Times Bad Times, Whole Lotta Love and Ramble On are strong streaming hits around 40 million a piece. With the exception of La La that is available only on a minor version, each track of those two albums tops 3,5 million streams confirming the overall strength of the band records.

While 169,000 and 213,000 album sales equivalent may pale in comparison to those LPs respective sales in album format, this is still in relative terms quite high numbers for such catalog albums.