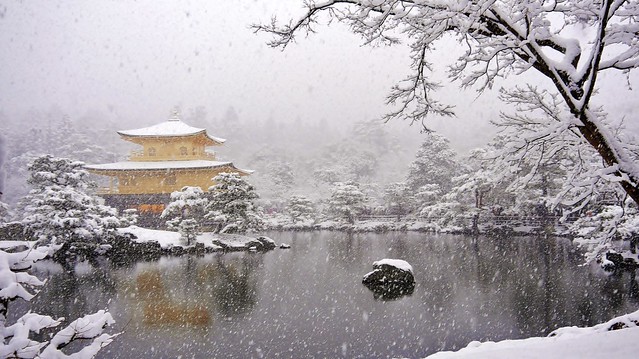 There’s still plenty of work to be done on France Album Sales and CSPC Analysis categories. This being said, it is now time to introduce a new Master Series, the Understanding one.

The aim of this new category will consist in explaining both technical and functional subjects usually misunderstood by the average music follower and chart watcher. The first piece of this new series will treat a technical issue, the album sales of a very atypical country, Japan.

Not many foreigners made it big there, but some still achieved it. The most obvious examples are the Beatles and Mariah Carey, along with others a la Carpenters, Michael Jackson, ABBA, Billy Joel, Celine Dion, Aerosmith and more. As a chart watcher for very long, what strikes me the most yet isn’t who’s big and who’s weak in Japan, but the huge lack of understanding of the raw data we have been getting for this country.

To fix this issue, during the next few pages I’ll be first presenting the known sources of Japanese sales figures and then on a second time detail every limitation – and they are utterly strong – of them. By the end of this article, you should be able to much better gauge how much your favorite artist shifted there once you know the raw data. As concrete examples are always much better than too much literature, on a third part we will be highlighting all limitations by checking cases of some artists and albums, let’s start!

Are you planning on doing a CSPC analysis on Japanese artists like B’z and Hikaru Utada? It would be really interesting to see how they hold up against international acts.

Actually, yes, I do have B’z among the B-priority list of artists to complete. They performed rather well so it will make sense to highlight it.

Thank you for your answer! I’m looking forward to it! By the way, how are you going estimate streaming sales for artists such as B’z?

Hi MJD, I really like you site and chart info for Japan. Back in the 70’s I believe Lynsey De Paul was very popular in Japan. She won awards and her albums have all been re-released at least once on CD. So I wondered how her singles and albums did on the Japanese charts. Thanks for any info.

It seems like the japanese record market was, and continues to be, a virtually closed market for western acts. Abba were one of the very few who bucked the trend.

Hi MJD.
I have just discovered your invaluable website.
Do you have any sales data for the band HEART please, particularly from the 80s? Something, anything would be most welcome.
Thanks and best wishes.

Thanks, but I was aware of those stats, which are way out of date now. I was thinking about sales in Japan?
Best regards.

Dear mjd. Thanks so much for this. I know Heart had a gold disc from Japan for the album ‘Bad Animals’, but it just said “for excellent sales”.
Very kind of you to take the trouble.

I’m collaborating with Chartmasters, but I’m still entitled to ask like anyone else, right? lol.

I don’t ask about studio albums because they would be much too hard to estimate, I guess.

Maybe this link concerning French Pop in Japan will help : http://www.sylvissima.com/chanson-francaise-au-japon It’s in French but it will be translated in the weeks to come, maybe the week to come. We put all the Oricon charts positions we found and before Oricon, ranking from Music-Life. Also various hit-parade ranking. I choose not to put the figures but with after this article by MJD, it’s would not be a problem. In the future, we’ll try to find the dates of more french artists like Juliette Greco (more than 10) and Barbara. Barbara was the headline of the 1970 Yamaha Music festival,… Read more »

Hi MJD, Thank you very much for you acute answer about Nana Mouskouri’s charts in Japan. I’m currently reading a book about French chanteuse Barbara in which I read she toured several times in Japan (from the early 70s to 1990), performed in venues of 1,000+ seats and was quietly but constantly reviewed by Japanese music journalists. A couple of years ago, I read just about the same thing about Juliette Gréco. I’m not asking you precise chart facts about these two iconic French singers but did they ever really find chart success over there or is it exaggerated to… Read more »

Hi again Aurélien! Sadly none of them (Barbara and Juliette Gréco) charted inside Japanese Top 50 Singles / Albums rankings. In the other side, other French artists like Sylvie Vartan and Michel Polnareff enjoyed incredible successes. This latter charted 12 albums and 11 singles from 1970 to 1975, even hitting the overall Top 10 in both charts. Tout Tout Pour Ma Chérie registered over 300,000 sales. Even uncharted artists still sold yet. In Japanese Amazon website, in their World music ranking (that includes various big international acts), Sylvie Vartan is charted at #14 with Best Collection. The Integrale Studio Albums… Read more »