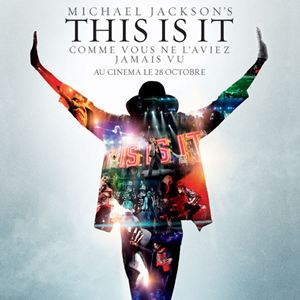 With extraordinary results with all his 1982-1995 new albums over the years and extraordinary catalog sales as well, the passing of Michael Jackson was always going to make a big impact in the French market.

One year only after achieving notable sales thanks to the 25th Anniversary Edition, Thriller was once again utterly impressive after the artist’s June 25 2009 tragic death, catapulting to #1 on the Comprehensive Chart for as long as eight weeks, topping the artist’s own compilations. It charted inside the Year End Chart at a mind-blowing #4 position.

As unreal as it may seem all the main compilations Number Ones (#2), The Essential (#2), and King Of Pop (#2) all managed to be runner ups to Thriller in one week or an other.

His remaining studio albums Bad (#4), HIStory (#5), Dangerous (#6) and Off The Wall (#7) were all just under Thriller and his own bunch of compilations. Speaking of those five albums, they were packaged together into The Collection box set, which itself shot into the Top 10 Comprehensive chart at #6. Add to this The Motown Years reached #10 for a couple of weeks to represent Michael Jackson’s early material. Yes, you counted well – 10 different albums charted inside the Top 10 Comprehensive chart all within a couple of weeks. A whole bunch of 15 more packages charted in the Album rankings during 2009, led by the This Is It set. This behind the scene documentary movie saw its accompanying compilation spend three weeks at #1 in the Comprehensive Chart.

What about sales? While no other artist reached 1 million sales in France in 2009 when combining albums, DVDs and singles, Michael Jackson moved 2,791,000 records. Below is a non-comprehensive breakdown of those 2009 sales referring to albums only: