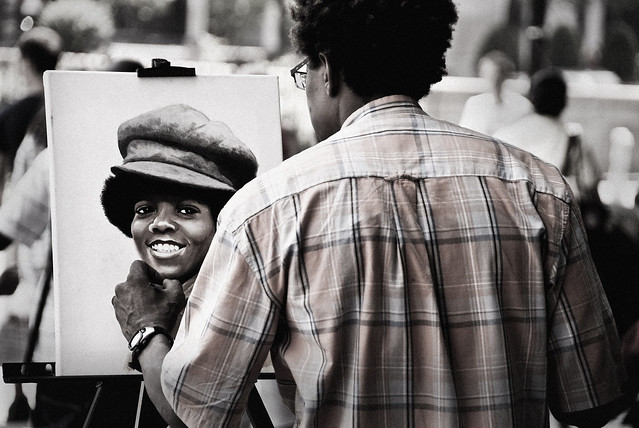 Saying Michael Jackson sold bucket loads everywhere will surprise nobody. Along with the Beatles he is quite likely the only such act with no weak market even in relative terms. Despite this universal acclaim, France is just even bigger for the Indiana born artist.

I often pointed out how much English-countries oriented sales were in the past. It was even more true for black artists and Michael Jackson was no exception until 1982 record breaking album Thriller. This one of a kind album changed the map completely, shooting its singer to unseen heights for the rest of his career.

Out of all English-singing artists studied so far, the top sellers in France are Bob Marley (10,9 million), Madonna (10,8 million), U2 (9,7 million) and AC/DC (8,6 million). If you wonder about Celine Dion, the Canadian legend sold an outstanding 18,5 million overall in France, but out of them 12,3 million come from French language albums. Although his success has been amazing, Michael Jackson released a mere six albums as an adult. Thus, can he challenge such totals with a catalog focused around so few records?

During the next pages we will be studying carefully all information with detailed results of his entire discography. Please be aware all Spotify figures refer to worldwide streaming as they only aim to display which albums still have strong catalog hits right now. Let’s go!