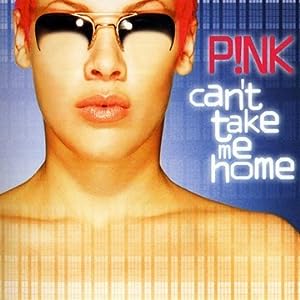 As we have see on breakdowns of various foreign artists like Coldplay, Muse or the Destiny’s Child, popular acts first need to break English-speaking markets before getting notable promotion elsewhere. P!nk debut album was no exception.

Can’t Take Me Home was issued in April 2000 a few weeks after the lead single There You Go. This song was #6 in UK and #7 in the US where it had an incredibly long run of 24 weeks inside the Top 20, a rare feat on those years. The album on its side debuted at #26 in the US and #173 in UK. Although #26 remained the album peak in the US, the album spent 48 consecutive weeks without dropping below #66. In UK, it climbed to #73 after the low debut thanks to the lead single success.

Second single Most Girls was even bigger than the first peaking at #5 in UK and #4 in the US. The album responded well by remaining stable in the US and climbing much higher in UK to #13. You Make Me Sick third single went #9 in the latter country extending its run in early 2001.

Those results are important as the promotion in France fully depends on success in those countries. Ultimately, Can’t Take Me Home sold solid amounts in all English countries but the fact it never broke the Top 10, in other words the fact it never crossed over a restricted target public, implied it was never promoted in France.

In late 2001 the success of Lady Marmalade gave P!nk a first exposure in France but even this song was mostly regarded as a Christina Aguilera song at the time.