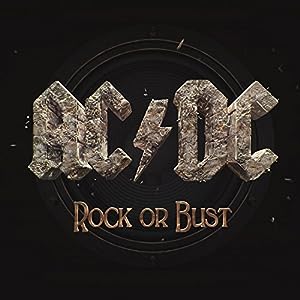 France market is hard to break, this must be no news for you who are used to read this blog. Once you break it yet, it is also one of the most loyal markets. Older you get, more easily you sell. This 2014 album Rock Or Bust suffered a strong decline from its immediate predecessor, but in France despite the huge collapse of the overall market this set managed to shift nearly 92,000 units in its first week.

In its second week, last week prior Christmas, the album retained the #1 position with xx sales. To show how much loved the band is in France, the next foreign album during that week – Christmas is massively dominated by local releases – was The Endless River album by Pink Floyd at #13. Along with Frozen soundtrack at #23, they were the only foreign albums inside the Top 30, which highlights the performance of AC/DC to dominate at the very top of this ranking. After a mere four weeks of availability, the record totaled 278,000 units, only 3,000 copies away from the year end Top 10 sellers. Holding inside the Top 100 album chart every week until September 2015, the set added 84,000 more units during this year.