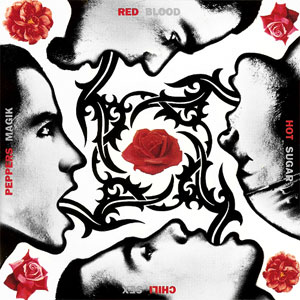 I started the description of the band first album noticing that many popular acts started slowly. Not many struggled that much yet. Those difficulties came to an end thanks to 1991 album Blood Sugar Sex Magik.

The success of the previous record enabled the new set to debut in October at #25 in UK and #14 in the US. Lead single Give It Away went #73 in the US, contributing in the band profile increase and sustaining well the album during the first months.

It was the second single still, the massive Under The Bridge, that changed everything for the Red Hot Chili Peppers. The song was a big #2 hit in the US. We may expect it to have been such a smash everywhere, but in reality the song initially peaked at #26 in UK and failed to chart in France, just like Give It Away. What about the album? Blood Sugar Sex Magik failed to chart in France too in 1991/1992. It doesn’t mean it wasn’t selling as all singles gained relevant rotation in rock stations, pushing the album to Gold status, 100,000 units sold, in 1993 third quarter, an average 1,000 units per week during its first two years.

While the album was being promoted for already two full years, several singles got reissued in early 1994 since the band profile had been constantly increasing. Give It Away reissue went #9 in UK and #49 in France while Under The Bridge reached #13 in UK and missed French Top 50. In April 1994, over two years and a half after its release, the album ultimately charted in France, debuting at #41. From April to September, the record charted 12 weeks, peaking at #33. Those incredible legs sent it to 2xGold in February 1995.

In-between, as the popularity of the Red Hot Chili Peppers was growing thanks to Under The Bridge, EMI decided to release in September 1992 a compilation of their first four albums singles, What Hits?. Although it failed to chart in France despite hitting #23 in UK and #22 in the US, the album still sold an estimated 30,000 units there. A couple of low profile compilations of rarities, Live Rare Remix Box and Out In L.A. got released in 1994.