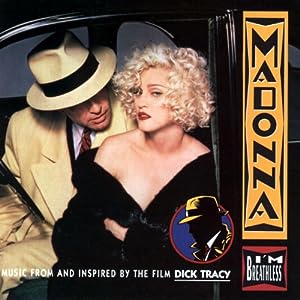 I’m Breathless was Madonna’s second soundtrack after Who’s That Girl. It was promoted thanks to lead single Vogue. One of the best selling singles of her career worldwide, it isn’t a coincidence that it was the lead single of a Soundtrack, as many people preferred the single rather than the album.

I’m Breathless still debuted at #4 in France and peaked at #3 the following week, while Vogue reached #9. Just like Like A Prayer, the album had a chart run quite misleading as the album was charting well during the weakest months of the year. With 10 weeks in the Top 5 and 16 weeks inside the Top 10, the album still sold under Platinum status at 257,000 copies calculated.

With her first compilation album releasing, 1990 was the first breaking point in Madonna career. Thus, let’s review sales of her albums up to that point.