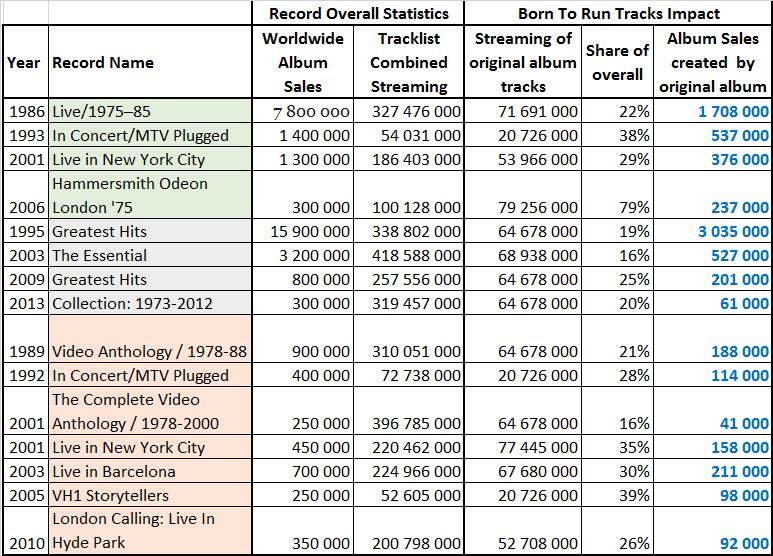 In each category – Live album, compilation, Music video – Bruce Springsteen started with a strong seller. Then various items have been released with rather close release dates not enabling subsequent records to accumulate many sales before being replaced.

Obviously the main album of the boss is Born In The USA rather than Born To Run, which explains why the share of this latter albums on his compilations isn’t that big. It may seem unfair to Born To Run to see its share reduced because of the success of an other album, but it is where this method is incredibly powerful. In fact, had Born In The USA never existed, share of Born To Run would be bigger but it will be bigger on a smaller pie as compilations wouldn’t have sold so much and the result would have been roughly the same.

In total, those records sold a rounded 7,6 million units thanks to Born To Run tracks, mostly the title track and Thunder Road.