France best selling albums ever: The Very Best Of by Supertramp (1990) 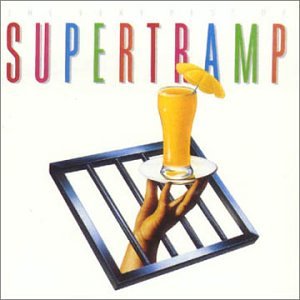 As every good thing has to come to an end, here is the very last article about one specific French million selling album. To close this study, we will go back to the future, more precisely in 1990 with Supertramp first compilation issued in France, The Very Best Of.

This album was released more than a decade after the band was the most hyper in the country thanks to its Breakfast In America 1979 blockbuster. It wasn’t their album hit yet as three other albums from the group sold upwards half a million units and all their eight albums up to that point were at least Gold. All of them were also issued in the vinyl era, creating a strong demand for a career spanning CD compilation.

Naturally, the public responded in 1990 fall when such a package finally came out. It was the biggest seller of that Christmas rush along with its twin brother, Elton John identically titled The Very Best Of. If this latter album sold 700,000 units by  July 1991, the Supertramp set had nothing to be ashamed of. In fact, it went Platinum in both 1990 and 1991 while peaking at #1 and #3 respectively, most likely a mistake as it should have been 2xPlatinum with about 600,000 copies sold by the end of 1991.

How many platinum awards has “the very bestof vol 1” reveived in France? 4?? Same question for “Breakfast in America”? 4? Which of Supertramps other album received gold or platinum? (the era between 1970-1992) Supertramp, Indelibly Stamped, Crime of the Century, crisis! what crisis?, Even in the quietest moments, Paris, Famous last Words, Brother where you Bound, The Autobiography Of Supertramp, Classics, Free as a bird, Live 88 and The very best of vol 2? Do you have stats for Roger Hodgson in France? Album sales and awards? 1984-in the eye of the storm, 1987-hai hai, 1997-rites of passage, 2000-open… Read more »