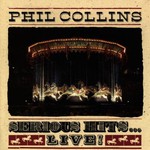 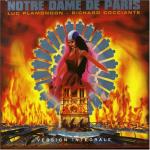 It takes a lot to sell 1 million copies of a single album in France, let alone of a Live album. In France, almost all successful album era is concluded with the release of a related Live set. Those albums usually sell from 20% to 50% of the studio album results. During the 90s, many of those albums from the likes Céline Dion, Mylène Farmer or Patricia Kaas made it past 2xPlatinum, representing 600,000 units, but none ever sold a million.

The album ‘era conclusion’ live set that ever sold a million copies is the special case of Notre-Dame De Paris. This is the entire irony of this list as while the immense majority of live sets sold are directly related to an album era, the remaining four albums all ended up as million sellers mostly because during several years they were regarded as some kind of hits package for related artists. Only Simon & Garfunkel already had a best of available but it was already old while the live set was highly hyped. The AC/DC album has been one of the very best selling catalog albums of the last 20 years.

Where is “Femmes D’Aujourd’hui” by Jeanne Mas ? 🙁

Hello! Well, Femmes D’Aujourd’hui is one of those albums that came very close to the million mark but missed it – in France as once Belgium and Switzerland sales added it just get there. This album had the disadvantage to be big in 1986 / first half of 1987 while the market exploded just a few months later thanks to legislation change that saw taxes (TVA) on records be largely reduced. Plus, the very low catalog appeal of the album prevented it from ultimately breaking the mark as there have been very low numbers of LP to CD replacement for… Read more »

Thanks, you are kind!