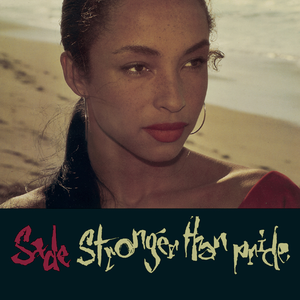 After two such back to back hits Sade took a bit more time to tour and record their third album as Stronger Than Pride came out in April 1988. By that time the context was quite different in France. In fact, the 1988 market was 40% up from 1985. Music was now being promoted on TV channels. Multi-Platinum certifications got introduced.

All those elements led to a relatively abnormal situation of a new album performing fairly lower than their past albums but still sold about the same. Debuting and peaking at #4 despite being released on a weak period of the year, the LP did manage 18 weeks inside the Top 10 on the back of Love Is Stronger Than Pride and Paradise hits but never really dominated. It sold a calculated 468,000 units up to the end of 1989.

The fact previous albums were strong upon release and catalog sales were on a hole in the second half of the 80s due to the switch of format limited results of Diamond Life and Promise although there was still obviously demand on Sade catalog. With the introduction of multi-platinum awards, it must be noted that Promise was the very first album ever to go 2xPlatinum in early 1988 while Diamond Life had yet to reach that mark, what it accomplished in 1991. At the same time, Promise was also certified Gold, this award likely relates to CD format sales only and include some double counting from the 2xPlatinum award. By the release of their following album in 1992, Diamond Life was up to 710,000 units sold, Promise was on 700,000 while Stronger Than Pride was on an estimated 520,000 units.