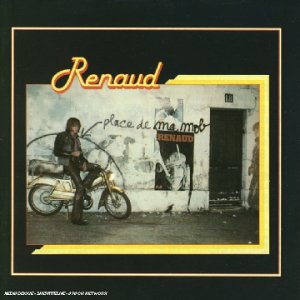 With this October 1977 sophomore album the popularity of Renaud kept growing. “Béton” is literally the material concrete, but in the album title it is aimed to represent the reverse of “tombé” word, which means falling. The usage of this argot logic on Laisse Béton single that turned into a sizable hit made this anonymous language a society phenomenon with all young kids extensively using it.

Initially the album failed to chart mostly because CIDD ranking was only a Top 15 at that point. From March 1978 it was extended to a Top 30, thanks to the single success it sent the album at #29 in June 1978 monthly ranking, the only one where it appeared. Almost two years after its release the set went Gold, representing 100,000 sales, which was nothing to be ashamed of.