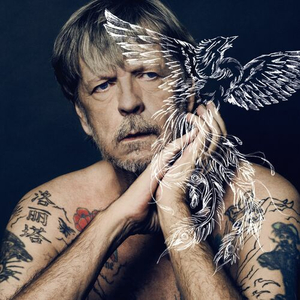 2016, a very long ten years since the release of Renaud last album. In-between it has been widely known that the artist is still facing his old demons with his health looking quite weak. In 2014 there have been two popular famous tribute albums, La Bande A Renaud 1 and La Bande A Renaud 2 which peaked at #1 and#2 respectively and increased even more the anticipation for the artist. Thus, comeback single Toujours Debout, translated Still Standing relived a lot of memories among the public who enjoyed the simple fact the artist was coming back.

When the lead single debuted at #1, the very first of the artist 41 years career, not many gave it much attention. In fact the absence of streaming consideration coupled with downloads having never took off in France make the current French singles chart pretty irrelevant. The hype was truly building yet.

In April, the album came out and sold the unreal total of 287,323 copies, the second biggest debut ever. Renaud is aiming to join Jean-Jacques Goldman, Mylène Farmer, Francis Cabrel, Celine Dion and Michael Jackson among the artists with at least four million selling albums. The impact on the artist catalog is massive as well as 22 different sets charted simultaneously in the catalog chart, including 8 out of the Top 10.