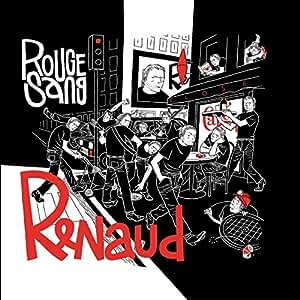 Although nowhere near as hyped as Boucan D’Enfer era, Rouge Sang double album released in September 2006 largely benefited from being the follow up of such a monster seller. With #8 lead single Les Bobos, the album shot to #1 from its debut week with a massive 168,755 copies sold, almost five times more than Evanescence debut at #2 and over ten times more than Johnny Hallyday who was sitting at #3.

Sales went downhill after that but still added for 446,000 units during 2006as per IFOP. As seen in past studies, those past IFOP figures were 30% lower than more accurate GFK figures, up to an estimated 570,000 copies. Overall sales, albums plus singles, of Renaud in 2006 amounted for  784,277 units.