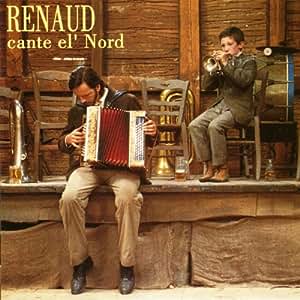 During the chart life of Marchand De Cailloux Renaud was recording the super production movie Germinal, a recording that took place in the north of France. The singer decided to record a complete album using their local language, Cante El’ Nord, released in April 1993.

This nature of this new album that is more a side project rather than a proper studio album obviously limited its sales. Debuting at #25 the record still managed impressive results climbing to #8 and spending 25 weeks inside the Top 40. It went Gold in 1993 and 2xGold in March 1994 just after receiving the Victoires de la Musique of Best Traditional record that gave the album a brief comeback inside the Top 50 at #39. It sold a calculated 224,000 units by the end of 1994.