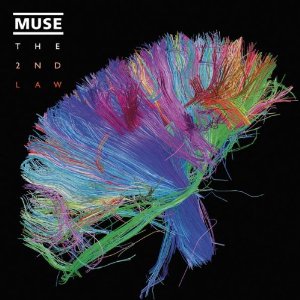 In strong position thanks to The Resistance ground breaking results, anticipation was massive for 2012 The 2nd Law album. The set debuted straight at #1 with a huge tally of 90,000 copies sold with Madness single reproducing similar success than hits of their previous album. With three weeks at the Top and a lowest position of #12 in the last quarter of the year it sold 312,000 units by the end of the year.

In the mid-run it wasn’t as successful as The Resistance, but The 2nd Law was clearly a notable smash yet. Registering 108,000 more sales, the set climbed close to Diamond status. This has put it slightly ahead of the band new live album Live at Rome Olympic Stadium which was released a mere three weeks prior the end of 2013 but still moved 92,000 copies.