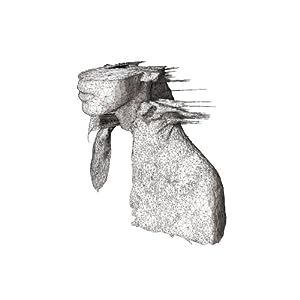 A Rush Of Blood To The Head Era

After building a very decent fan base during Parachutes era, A Rush Of Blood To The Head naturally debuted much stronger, entering charts at #4 in August 2002. In a normal August week, the album would have been quite possibly a #1 record. In fact, it was blocked by the historical clash of giants between Patrick Bruel and Renaud that led even a highly anticipated 2xPlatinum follow up album by Zebda group to enter at #3 only. This gap in sales between a strong Top 3 and albums at 5 and lower was confirmed by the unusual chart trajectory (4-4-8) of the album on its first three weeks, as the standard second week sales drop was absorbed by the large sales difference.

A mere one month after its release shipments already exceeded the 100,000 units mark as the album went Gold. Despite the very different opening due to fan base phenomenon, this era almost perfectly reproduced the previous one. Lead single In My Place peaked at #60 just like Trouble had done while The Scientist went #96 just like Yellow had done. Rather than replacing each other on airwaves, all their songs were remaining relevant on radio despite new singles were getting released. Soon Clocks was also gaining some decent airplay although peaking as low as their previous singles at #65.

This latter song was particularly strong to generate album sales. After its first five weeks inside the Top 20, the album was sticking around the Top 100 for 47 consecutive weeks without ever climbing inside the Top 30 yet. Clocks rocketed the album up to #10 in September 2003. In December of that year, the album was certified 2xPlatinum the same day as Parachutes. This award came rather late yet as the record was already closing in 300,000 units, a figure it topped in early 2004. By the end of that year, it was up to 330,000 while Live 2003, the first on stage set of the band released in 11/2003, was up to 65,000 after a #26 peak position.