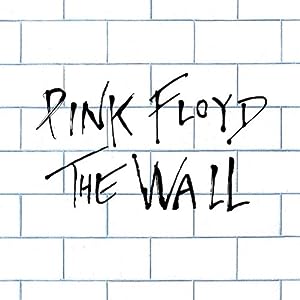 The 1969 breakthrough of Pink Floyd in France thanks to More soundtrack was barely the beginning of a decade of unreal success for the band in this country, a decade brilliantly concluded by The Wall.

The band was easily the biggest foreign act of the 70s in France with each Dark Side Of The Moon, Wish You Were Here and Animals selling incredibly amounts for the time. The gigantic smash single Another Brick In The Wall was obviously not going to stop them.

Dropped very close to the end of the year, the album was the top seller during the Christmas rush and the first part of 1980. That year, Platinum awards for albums were introduced with a level of 400,000 units. Pink Floyd catalog was updated and with no surprise all previous three records jumped over that criteria, so did The Wall at the same time only a few months after its release. Subsequent singles weren’t as big as the leading one but the LP still sold a huge tally of 714,000 calculated sales by the end of 1980.

In spite of the end of the promotional campaign the album continued to sell during following years. By 1989, with multi-Platinum now available at 300,000 units a piece, the set was certified 3xPlatinum. During 1990 Christmas season the album reappeared for six weeks inside the Top 50 showing a strong catalog appeal as it had to be expected. In 1991, The Wall finally went Diamond, reaching 1 million sales including an average of 35,000 yearly catalog sales.

It must be noted that up to that point, The Wall was the top selling catalog album of the band ahead of Dark Side Of The Moon. This latter failed to chart in 1990 unlike the former one. By the release of The Division Bell in 1994, both charted but The Wall performed again much better with seven weeks charted against two, although proportion wise it represents only a difference of about 20% between the two.

Recent years saw many Pink Floyd reissues being released. A Discovery edition of The Wall was released in 2011, peaking at #19 in the main chart. A mere five months later the Experience edition pushed it to #12. This album also charted each year since as a catalog item. It sold an additional 110,000 units since 2009.

Very good breakdown. My previous estimate on The Wall was 1,4 million, so fairly close to your 1,52 million figure. I’m sure we will have bigger disagreements on Wish You Were Here and The Dark Side Of The Moon, haha.