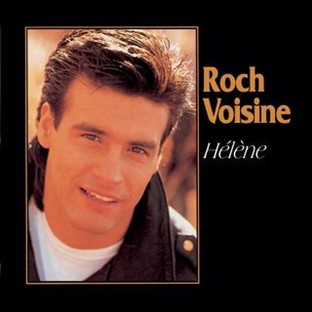 This entry on such a competitive chart was pretty impressive for the newcomer singer in France, coming from Canada. This was quite predictable yet as the lead single, title track Hélène, was a massive 9 weeks #1 at the time. The song spend 17 weeks Top 3, dominating completely the Christmas period.

The album went Gold with about 120,000 copies sold during the year despite the late release. When the competition vanished after this rush, the album climbing all the way to #2 behind Phil Collins smash album. During the first semester, this set never left the Top 10 Album chart, in part thanks to second single Pour Toi, which peaked at #3.

Third single Avant De Partir peaked at a lower #7 position but proved to be an incredible album seller. Hélène, that dropped to #23 during the summer, went up to #2 within’ a month. Holding in the top 3 for two months, it even re-peaked, finally hitting the Top Spot in September. Although it was out of the Top 10 by the Christmas season, the album still added 700,000 units during the year.

The most impressive results of this album came after that point. In fact, with follow up album Double released in the 1990 fall and no more singles issued from Hélène after the first three, this latter LP was virtually dead. Giving this context, in spite of starting 1991 at #15 a quick drop out had to be expected.

Far from free falling, the set remained an impressive 15 bi-weekly charts inside the Top 40, selling over 250,000 copies that year, when it was awarded Diamond (1 million). In January 1992, after five months out, the record returned into the Top 50 Album chart and again recorded an incredible 30 consecutive weeks, selling over 200,000 more units. In total, the album accumulated more than two years inside the Top 40 despite a follow up album released after only 12 months.

This never ending appeal concluded into 1,3 million units sold by May 1993. The #2 peaking live album Europe Tour released in 1992 killed catalog sales of this release yet that is dead for very long. Roch Voisine overall is still well alive on his side. Despite being often regarded as a one-album wonder even 27 years later, he has 12 Top 10 albums to his credit.