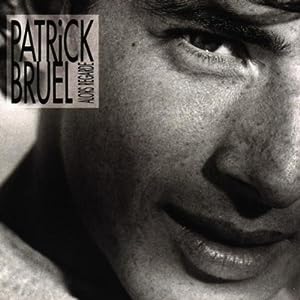 Mostly a secondary actor during the 80s, Patrick Bruel released a few singles in mid-80s plus an album in 1986 that bombed. He still insisted yet, releasing in November 1989 a sophomore album, Alors Regarde. The #18 debut was pretty outstanding giving his standards, thanks to the lead single Casser La Voix (#3) that was taking off. It ended up as an iconic song, one of the most well known French songs to this day.

Gold before the end of the year, the album jumped to #5 in January. During the first ten months of the year, it stood around, never moving from positions in the #5-#17 span thanks to the second single J’te L’dis Quand Même… (#12) that stabilized the album.

It really is in the 1990 fourth quarter that the album took off yet. Third single, title track Alors Regarde (#3), was the single of the confirmation, switching the singer status from a possible one-hit wonder to a credible album artist. The set moved 17-8-4-1, reaching the top spot for the crucial Christmas season, retaining it for the last six weeks of the year.

While the album was still on 300,000 units after its first seven months, until mid-1990, it added 600,000 additional sales in the second semester of the year, closing 1990 as a 3xPlatinum record. It sold a calculated 768,000 units during the period, after selling 90,000 copies in 1988. Both figures are under certifications due to heavy shipments during the holiday period.

While reaching the million mark was pretty much granted at that point, keeping the train rolling for the entire year 1991 for this late 1989 release was everything except a given. That’s exactly what caused all this madness. Only the very best sellers of a year can pass the 600,000 units mark in France, a result sometimes enough to be yearly #1. Repeating it twice in a row is truly a rare feat, let alone clearing 750,000 copies two times.

The fourth single Place Des Grands Hommes (#4) was the third classic hit to emerge from the set, enabling it to hold incredibly well. Fifth single Décalé (#15) just did the job. From January to October, the album never dropped below #4, with the end of the previous year it lasted a complete year in this area, an unmatched feat.

By June 1991, it was up more than 1,5 million units shipped worldwide, including over 150,000 units outside. A couple of months later, the figure was already at 1,7 million.

At that point, giving the unreal success in France, RCA started to sell the set abroad in larger amounts. As the album left the Top 10 only in December, it accumulated an incredible amount of sales in 1991, calculated at 859,000 units, a total of over 1,7 million to date in France alone.

Nevertheless, everything comes to an end and so did gigantic results of the album. It still added five months inside the Top 50 in 1992 yet. When it dropped out, by May 1992, sales were on 2 million units, including some 250,000 abroad. Although the promotional campaign was over in France, the record started to sell from mid-1992 elsewhere, notably in Netherlands. This pushed the album to well over 2,4 million copies by January 1995, an amount that included 500,000 copies outside.