RIAA Certifications to include streaming on albums awards 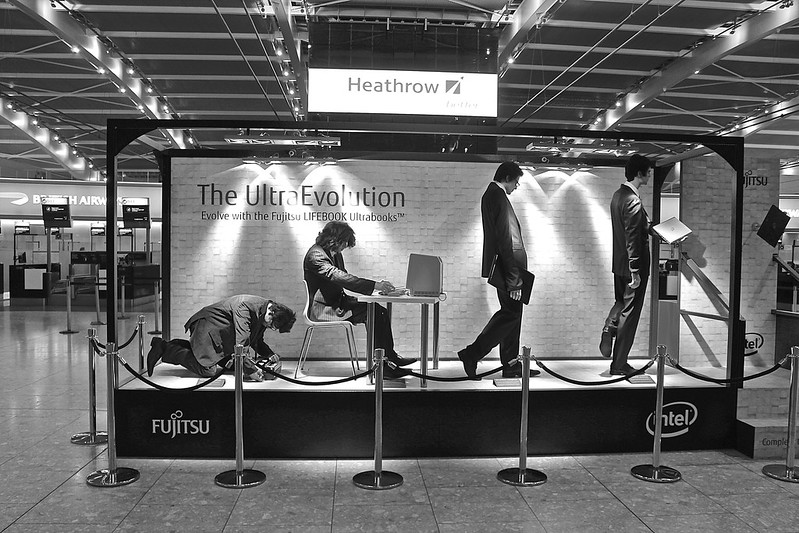 The Times Are A-Changing

A few days only after our study describing how the industry will move into a streaming world, the RIAA reveals an expected but still breaking news. By adding streams among album certifications, the organization makes a major step forward 58 years after the awards debut.

Questions are already flourishing over the internet as well as critics. Let put some perspective into this subject and answer the said questions. We will first look into Knowing section, that will you bring the appropriate knowledge to get on this subject. Second section, Understanding, will highlight various critics floating around to analyses all views about this new RIAA rule change. 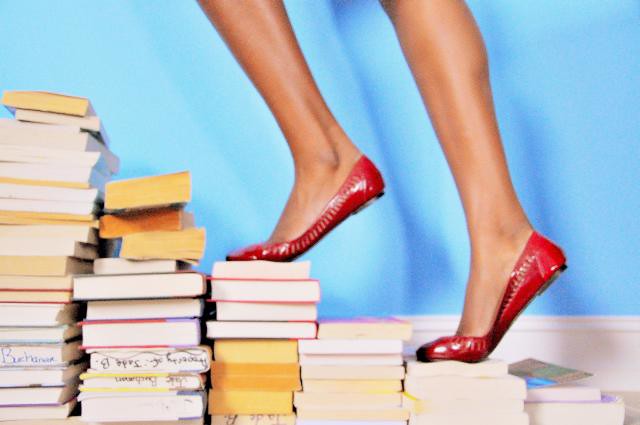 Before commenting, we need to detail what’s the exact subject. RIAA announcement focuses on streaming of tracks counted as part of Albums certifications, but song sales are being added as well. Below is the exact quote from RIAA website:

Yes. As always, new rules of RIAA can be applied to old releases. Most notable case happening today itself is the historical 32x Platinum award received by the bestselling album of all-time, Michael Jackson‘s Thriller.

3. Are songs certified as part of both studio and greatest hits albums?

As for compilations not specific to artists, like Now series, downloads and streams of its songs are not eligible on its own certification as soon as they have been part of an artist release already. 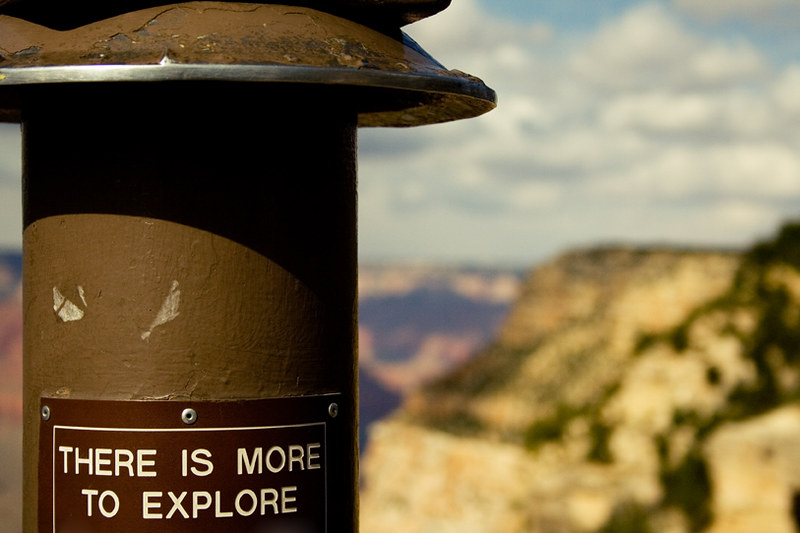 Wrong. RIAA is not creating, it is adjusting. This is not the RIAA who dictates consumers to stop buying and start listening, it is new consumers habits that dictate RIAA to adjust to this new concept. This new rule is not a philosophy-change, it is the same rule than in the past, with the same meaning, with barely technicalities adapted to current context. This adjustment wasn’t about If but about When. If one considers RIAA isn’t serious anymore, then he is considering that consumers aren’t serious anymore.

Wrong. Streaming is not an addition, it is a replacement. By definition, it means there is no advantage / disadvantage, only sales origins being different.

In addition, as changes are retrospective, old artists as well as new ones benefit from this new change. Obviously, some may say current acts are getting higher streams / downloads, but current acts won’t stay current forever. A good example of that is Don’t Stop Believin hit. The signature song of rock band Journey is closing in 7 million downloads, making it one of the very best selling songs ever, on par with blockbuster hits like  Pharrell Williams‘ Happy. RIAA changes shouldn’t be regarded on a 1-2 years perspective but on several decades view, over which older acts, with catalogs much stronger than most current acts will ever own, will still get the edge. 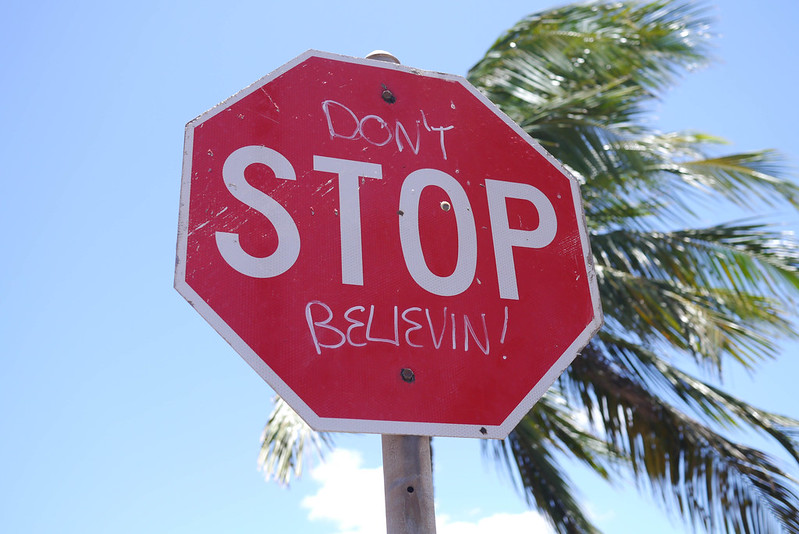 Wrong.  This conclusion is one more perspective mistake. Looking at it on our current point, some may consider it strange. This being said, two massive points are often ignored.

First point, singles are no more singles. This is a key. While in the past a single had a proper meaning, e.g. a song sent on radio and released on a dedicated media. In digital world, all album cuts are virtually singles. The logic changed, as people listen to playlists, they download one, two, three songs from the same album without ever caring about what the album was. Consumers still using the likes iTunes are a very specific group of users and they all basically download the same sets of songs. When Katy Perry manages 5 songs selling over 2 million downloads in the US, those are roughly the same 2 million persons. Considering them as having bough 0,5 copy of the album makes then perfect sense since they really did so. Similarly, when one notices all album tracks of successful albums often sell 500,000 copies or so, it should be regarded as more or less the same 500,000 persons who bought most of the album. Singles are no more singles, they are a part of the album.

Second point, single sales are dying. Getting too much offset because of those sales getting included into an album certification is really fighting against a ghost. A few years ago big hits were all selling 6 million, by now they are selling 4 million, in two years they will be selling 2 million. Their impact on album certifications will be more and more irrelevant, even more compared to album sales added to streaming.

4. “Listening many times one song isn’t the same as buying the album”

Wrong. Yes, wrong. People stream complete albums, others some songs, others only one. Guess what? It was exactly the same on physicals era, even worst. In fact, some people were listening to the full album, some were skipping more and more tracks after each weeks, some were listening to only one… and many were listening to no song at all. Very few people are aware that over 40% of album sales are gifts for other people. How many Rod Stewart songbooks never moved from their package after being offered to your grandma? Yeah, tons of them. 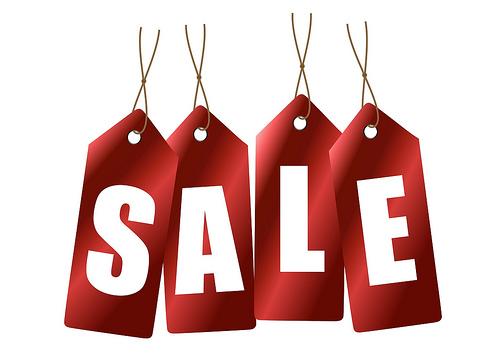 Nobody claimed it was. RIAA claims it requires 1,500 streams to equal 1 sale. This is a massive amount one has to listen to – something like listening to an album 100 hours in total. Is there someone really considering this a lesser commitment than putting a few bucks in?

Wrong. As stated by RIAA, “only official label/company videos count towards certification; user-generated videos do not“. Official music videos streams are obviously just as valid as music streams as many younger consumers prefer using Youtube than Spotify or so. This is again only a replacement consumption solution rather than a newly artificially created solution.

7. “Same consumption will be double-counted in singles and albums front”

True. Due to the in-between situation we are in, half physicals, half digitals, it turns out rather difficult to properly split each sale/stream into a category, namely Album or Single, that doesn’t necessarily has the same meaning on both eras. For now, there is no clarification on RIAA website on how they will be avoiding double counting. A quick explanation, a hit selling 5 million downloads will, as per current rules, be certified both as a 5x Platinum award for the single and as a Gold award for parent album (5 million / 10 = 500,000). When adding both Singles and Albums tallies into an artist results, this may lead to account the same sale two times, thus double counting.

Overreaction isn’t needed because of this flaw yet. Indeed, while RIAA doesn’t state a solution for this case it doesn’t mean there is none. They may be disallowing singles to be certified if sales and streams already audited as part of the parent album and vice-versa. Also, as soon as the situation will be definitely clear with mostly streaming resisting, this problem will disappear by itself. As there will be only 1 way of consumption, singles won’t exist anymore, an album and its songs will be seen as an overall franchise with all data being certified into it.

Hey MJD, I would like to see your opinion on this — in 2013 it was clear labels somehow fooled RIAA and submitted global streams when they first added streams to single certifications. Justin Bieber’s Baby was certified 12x Platinum, when it only sold 3.9 million at the time. Since the ratio then was 100 streams = 1 sale, that means it was certified for over 800 million streams. It is simply impossible the song had 800 million streams in US by May 2013. Spotify was new and it didn’t even have 100 million there, and Apple Music did not… Read more »

There is an ongoing discussion in UKMIX on whether an album’s popularity should be measured by the least streamed song in the album. Luv to have your views!

Vow. I’ve “been away” so long I didn’t even realize this rules change came, LOL! I suppose it makes sense, people consume music differently now than before. Your CSPC for Michael Jackson uses a US sales template of 30.4m, when it’s already been certified 33xP. The change is obviously the reasen why. Anyway you then add downloads/streaming in your analysis yourself, so that’s all good. But 20 years from now when it’s certified 40xP isn’t it gonna be difficult for you to update your CSPC? How many of those next 7 platinum discs are from album sales? How are you… Read more »

Hi Thomas! For now, there is still enough material to distinguish sales from all formats. The US Top Album Sales is available, the UK has both individual rankings, same for France, Australia and Japan. Obviously it is going to become harder and harder to track those sales, but luckily they are also getting smaller and smaller. Once the info isn’t available anymore, I’ll have to set automatic ratio as per market figures, for example using 10% sales / 90% TEA/SEA or whatever. We also have enough experience now to know which albums / artists are going to do well/poorly on… Read more »

Hi MJD, What about GHs albums? How do they know which GH to credit the streams to when an artist has more than 2 compilation albums?

Hello Jeff!
Very good point you end up raising – I added section 3 on page 2 to answer it. To summarize, when a song appear on several albums of an artist, it is up to the label to decide on which package its results must be attributed. If they will tend to elect the largest selling compilation or the newest one has yet to be seen!