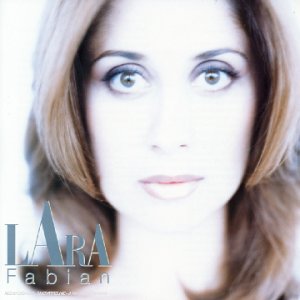 Presented in medias like the new Celine Dion, Lara Fabian is very far from having a career near to her fellow countrywoman. Ironically, one decade earlier they both featured on 1988 Eurovision, won by Celine, with Lara taking a respectable 4th position representing Luxembourg. During a couple of years yet she did record some outstanding sales, most notably with her 1996 album Pure, which got released in France in June 1997.

Her third album overall, she never charted before its release in France. The lead single Tout went on to become a big AC hit yet, a solid support for the album which navigated from #9 to #40 during its first 26 weeks from June to November.

While the era was already quite successful, follow up single, Je T’Aime, sent Lara Fabian into a new dimension. Despite that both Titanic soundtrack and Madonna’s Ray Of Light prevented the album from peaking at #1, Pure climbed as high as #3 and got an incredibly run inside the top area of charts. During the complete 1998 year, it left the Top 20 only one week although by early June it had already passed a million sales.

At the time the singer got so big that even her 1994 second album Carpe Diem, which included French classic song Je Suis Malade (original by Serge Lama), was reissued and managed various weeks inside the Top 10. This was a couple of months after she famously performed a duet with French Johnny Hallyday on his gigantic Tour Eiffel show. A 2CD package containing both Pure and Carpe Diem albums went Top 10 in the compilation chart as well.

Until April 1999 Pure continued its way inside the Top 40, ultimately charting an incredible 99 weeks on it, including 48 inside the Top 10. During that year, the album crossed the 2 million sales barrier in Europe. This included over 200,000 units abroad. Sales of the original Canadian release in 1996 are excluded from those two figures.

The Live album released in February of that year, which topped the main album chart for four weeks, took over catalog sales of the album, provoking its fall. Comparing with Florent Pagny album Savoir Aimer, which outsold Pure by about 100,000 units in years 97 to 99, we can deduce Lara Fabian album reached really just that 2 million mark in 1999.

Shes such an amazing underrated singer. How much did she sold world wide and is she big all over Europe? Has she at least sold around 20 million CSPC? Would appreciate it if you could answer bcoz im such a big juge Lara Fabian fan. 😁

Interesting how well this album did, it’s one of my favorites.