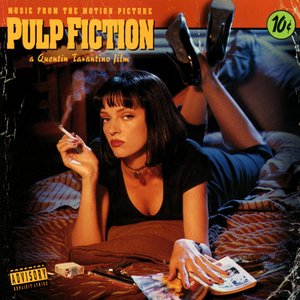 Soundtrack success is often very binary – hit or miss. The hit may be tremendous during about a quarter along with the movie as it has been seen with Saturday Night Fever, Grease, Dirty Dancing or the Titanic soundtracks. Other soundtracks get ignored and disappear.

Pulp Fiction was an OK seller when first released. In France, it peaked at #6, pretty respectable although not impressive. A mix of old hits from Dusty Springfield, Kool & The Gang or Al Green along with unknown tracks not featured in the movie as well as spoken dialogues were unlikely to hold long yet. Neil Diamond song Girl, You’ll Be a Woman Soon covered by underground band Urge Overkill then became an international hit, especially in France peaking at #10.

This award wasn’t date specific yet as both cult Nirvana albums MTV Unplugged and Nevermind were also awarded that date by Universal and for both of those albums too we know sales were largely over certified plateaus.