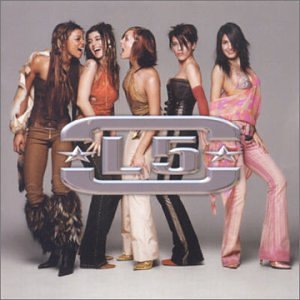 Challenging TV channel giant TF1 is near impossible in France. The once petite chaîne M6, mostly dedicated to 7-25 audience, achieved this feat by successfully responding with Popstars program to first channel’ Star Academy.

First season winners, girls group L5, some kind of French version of the Spice Girls, flooded the market with their debut album and single, named respectively L5 and Toutes Les Femmes de Ta Vie. They both entered at 1 with gigantic sales in December 2001. The highlight how much mind-blowing sales have been at the time, just consider it ended 2001 as the 5th best seller after a mere three weeks on sale. At #6 of the year for example was the huge Gérald De Palmas album Marcher Dans Le Sable that spent the whole 52 weeks of the year inside the Top 22, most of them Top 10. This is without mentioning it was most likely the 3rd bestseller of the year as IFOP panel was largely favorable to foreign language albums, explaining why Proxima Estacion Esperanza by Manu Chao and No Angel by Dido ended ahead of L5 eponymous debut despite lower figures. In fact, by February 23 of 2002, the album shipment was already on 1,2 million.

Despite never been properly certified as a million seller by the SNEP – it went 2xPlatinum 8 days after release and never got updated afterwards – it was so by the IFPI in June 2002, recognizing 1 million European sales for the record. By that time, shipment of the album was already up to 1,3 million copies although it sold only about 80,000 units outside France. When this article from Le Parisien was written, the album just received major shipments due to a midprice operation. After that 8-weeks campaign, the album completely plummeted, leaving charts by late August 2002.

Obviously it failed to translate into a good catalog seller, never charting again after the initial year even in secondary rankings. Estimates of post-midprice shipments are a mere 40,000 copies, most of them in 2003.