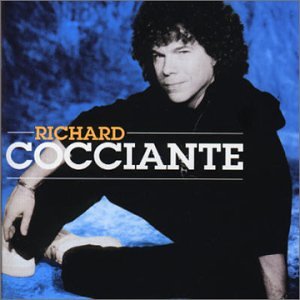 The half French half Italian artist Richard Cocciante is undoubtedly most well known as the composer of blockbuster musical Notre-Dame De Paris.

This situation is understandable in France as none of his studio albums ever reached the Top 10 and only one was certified Gold for 100,000 sales. In Italy the story is completely different as he got numerous hit albums, most of his 70s stuff peaking inside the Top 3.

Compilation Bleue, also titled Best Of, was a career spanning hits package of his French songs released in 1994 without much fanfare. While none of his studio albums was successful, several of his songs are quite well known.

Reaching Gold after a few months, the album was 2xGold by 1995, which was already a notable result for the artist. With respectable catalog sales, the compilation made it to Platinum status, 300,000 units in 1998.

Ironically, this last achievement was managed thanks to the spotlight received with Notre-Dame De Paris. His major decided to capitalize on the huge buzz around the musical to promote the best of in 1999. As a result, it went straigth to #1 in the compilation and charted most of the year, ending as the 9th top seller of the year and well past 2xPlatinum award.

Continuous sales during following two years made the album 3xPlatinum in late 2001, being a mere 100,000 away from the million sales milestone. Obviously, Notre-Dame De Paris hype slowed down by that time, so did Compilation Bleue.

The positive note for this set is that no other greatest hits replaced it. Re-entering compilation chart in 2003, the record has been rather quite since. It does remain #536 as I’m writing down those lines on Amazon.fr, highlighting how it keeps selling steadily over the years even if in a weekly basis this isn’t enough to chart.