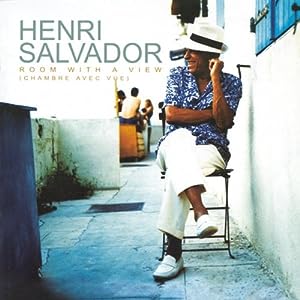 The story of a jazzman in the 1930s who get a ground-breaking, million selling album of fresh new songs in year 2000 sounds like the pitch of a truly bad movie making no sense. It happened yet. Undoubtedly the most unexpected million selling album ever, Chambre Avec Vue was released in 2000 by the 82 years old legend Henri Salvador.

Lead single Les Jardins D’Hiver, written by the pair of youngsters Benjamin Biolay and Keren Ann, was a huge crossover on radios. This ended over two decades of commercial failures for the artist, with parent album entering at an outstanding #3 position, only because of new albums from Vanessa Paradis and Francis Cabrel taking over the Top 2 ranks. Had the run of the album stopped right there this would have been already a success. It was just the beginning yet as 46 weeks later Chambre Avec Vue had yet to leave the Top 20.

Sales obviously increased as the run was advancing. The album was certified for 600,000 copies in France in June 2001, 1 million in Europe in November 2001 and 1 million in France alone in July 2002. This latter date isn’t relevant yet as Virgin did no audit at all in first semester of 2002. During the summer of that year, the album was excluded from charts due to mid-price operation, selling at an heavy rate of over 10,000 copies a week, which pushed further shipment of the record which was up to 1,2 million copies in France alone by April.