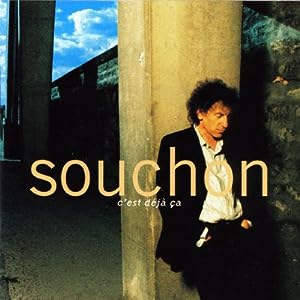 Before 1993, Alain Souchon released eight studio albums. He got a few hits, nice sales in elitist public but no widespread appeal. This all changed that year with C’Est Déjà Ca album that contained his iconic song Foule Sentimentale.

Chart run is not well known as distinct publications were done during Q4 of 1993. What’s sure yet is that this album quickly reached the Top 3, without hitting #1 yet, and remained on it for last two months of the year. The aforementioned lead single Foule Sentimentale was doing wonders as well charting inside the Top 20 for three months, a solid showing for a 49 years old AC act.

While already being the most successful album of his career being well past Platinum status, mid-February saw both Alain Souchon (Male Artist of the Year) and Foule Sentimentale (Song Of The Year) awarded at the Victoires de la Musique ceremony. This industry praise catapulted both the album (that was out of the Top 10 at the time) and the single (charting #14) to #1. Ironically, he dethroned Ace Of Base album and title track Happy Nation from the top on both sides.

Sales-wise, the album was certified Platinum in 1993, 3xPlatinum in December 1994 and Diamond in 1995. The Diamond award is one more omission from SNEP database but I can confirm it was officially received on March 28 1995. Fact is that this date was the very first Virgin Music audit of the year, C’Est Déjà Ca crossed the million mark at the end of 1994. In 1995, it was the 26th biggest album of the year with almost 250,000 copies sold.