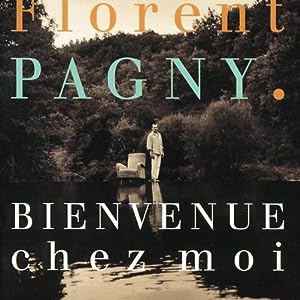 It isn’t necessarily a negative thing when it comes to release a compilation album yet. Indeed, many examples – the most notable at a worldwide scale is Greatest Hits 71-75 by the Eagles that covered poor selling studio albums – show that selling large amounts of studio albums prevent from being a top selling compilation artist, quite simply because the regular buyer do not want to pick several albums with the same hits. Thus the combo strong singles plus low selling albums is the best situation to be in when releasing a compilation.

That was very precisely the case of Florent Pagny when hit package Bienvenue Chez Moi was released in September 1995. It entered straight at #1 in the compilation and never charted lower than #11 until the end of the year, selling 400,000 units in the process. Majors often use compilations as interesting cash-ins for Christmas, after the initial promotion, the album quickly drop to catalog status and keep selling thanks to old hits airplay.

After this compilation life yet Bienvenue Chez Moi got a second life, the one of a studio album. Previously unreleased cover Caruso, placed in the best of tracklist, was issued as a single in early 1996. The song peaked at #2 being extensively aired. This success gave the album an incredible force.

It peaked at #1 again for three more weeks in August and charted its first 18 months with only one week out of the Top 15. By the end of 1996, the smash album was up to 1,3 million sales. Still selling in early 1997, it was on 1,5 million by 2003. Being replaced by several hits packages containing later hits like Savoir Aimer and Ma Liberté De Penser, Bienvenue Chez Moi isn’t selling much nowadays.