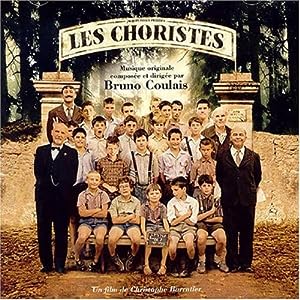 A few years only after the huge worldwide success of Amélie Poulain soundtrack, another French soundtrack storm into the market in 2004. Composed by Bruno Coulais, Les Choristes OST became, among other achievements, the first French language album ever to reach #1 in Spain.

Obviously the album hasn’t sold well only overseas but also in its native France. With a massive 8 million audience in theaters, the soundtrack did just as well at it was the very best selling album of 2004, registering IFOP panel sales of 1,058,000 that year. It also sold, as per IFOP, 263,000 copies in 2005. A last push was achieved in April 2006 when the movie was first aired on TV, but retail sales didn’t went much over 1,3 million.

The real story is one more time told by GFK yet. Despite that sales for 2003 and 2004 weren’t published, the fact this album was attributed to “Les Petits Chanteurs de Saint-Marc – Bruno Coulais” that had obviously only one album / single released, the comprehensive 2003-2012 decade chart revealed by GFK mentions Les Choristes sold 1,667,000 copies. Methodology used was adding yearly figures for artists featuring inside the Top 500 year end chart.