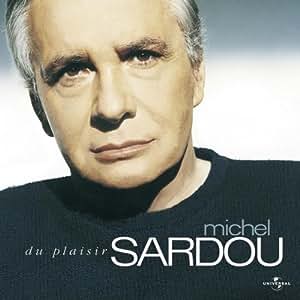 Controversial singer Michel Sardou, second to Johnny Hallyday among bestselling French act ever overall, had an immaculate career by 2004 when he released Du Plaisir. He had yet to receive an official Diamond award for 1 million sales. Signing a new contract with Universal and being the flagship sponsor of the Star Academy season changed the story, offering the artist the so much coveted award when he was 58.

This accomplishment wasn’t the only one of this era as single La Rivière De Notre Enfance, a duet with fellow star Garou, spent 5 weeks at 1, the first official chart topper from Sardou as all its former blockbuster hits happened prior the start of official Singles chart in 1984.

In fact, back in the day we saw first leaks of retail data in France. Du Plaisir  was the third best seller of 2004, behind the 672,000 copies sold by Calogero‘s 3 album, second of the year. It also sold, as per IFOP, only 180,000 copies in 2005. It means the album was realistically at most up to 800k when certified Diamond by early May 2005. Thanks to GFK arrival yet and following certifications of various other albums that competed with Michel Sardou hit album at the time we can safely rely on SNEP awards. In fact, Platine Magazine from 02/2005 which listed the yearly certifications confirmed it shipped over 800,000 copies during 2004.

Remaining question is how many copies have been shipped since the certification? When issued, the album was down to #64 in a low selling period. With father and mother days coming, estimated shipment sticking on shelves was around 40,000. The album stood 5 more months in low Top 100 area with a pace of 1,500 sales per week then kept featuring in low Top 200 ranks until February of 2006. At best some minor new shipments were done in the months following the Diamond award.

The album never got catalog appeal, cumulating a mere 1 week inside the catalog chart in June 2006 before never coming back again.